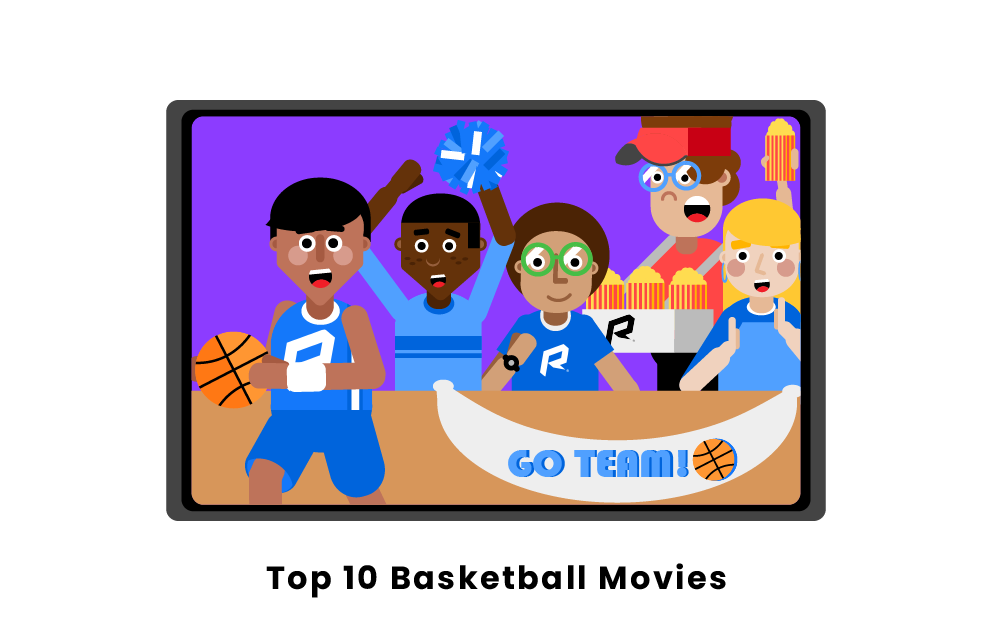 What are the most popular basketball movies?

He Got Game is a 1990s cult classic film that is so realistic it feels like a documentary. This movie is about a popular high school basketball prospect and his father, who is incarcerated. The boy's father is given one week to convince his son to attend the state governor's alma mater in exchange for a shorter prison sentence. This film portrays the raw emotions of discourse between family members and how basketball brings them together. Fun fact; this was actually a serious game between the actors and was not planned at all by the directors. The raw footage at the end of the film is what makes it feel so authentic to viewers. As well as the fact that the sport of basketball is something that brings two people closer together through all the hardships that they have gone through during their life.

The story of Hoosiers embodies the story of the underdog basketball team and how hardwork and unity can truly make a difference. Hoosiers makes viewers feel hopeful and excited because of how the story of the underdog persevering and succeeding unfolds during the film. This movie involves the rundown team working towards the championship game against the classic team that is much more skilled than them at the start. This film story is loosely based on the story of the 1954 Milan High School basketball team that won the state championship. Fans of basketball look to this movie to witness how your hardwork playing a sport you love can truly pay off and be worth it in the end. This film focuses on the importance of unity and teamwork within the team because without it the team would be unable to grow.

Hoop Dreams is a wildly popular documentary that premiered in 1994 about two inner city teenagers from the South side of Chicago. These two teenagers have dreams of making it to the National Basketball Association world and making names for themselves. One of the boys begins to attend a wealthy private school while the other must stay in the local public school, which helps highlight the importance of how wealth is a deciding factor in determining someone's future. Both boys deal with tough situations throughout the documentary that greatly impacted their lives. However, their love for basketball keeps them going throughout all the hardships in their time during the documentary. This documentary makes tears well up in viewers' eyes because of how gut wrenching it is to watch. Hoop Dreams gives a real look into the lives of teens living in poverty with dreams of becoming superstar professional athletes and what it takes to get where they want to be.

Space Jam is a true basketball fan cult classic among people of all ages for its fun and energetic nature. One of the most iconic basketball legends in the National Basketball Association, Michael Jordan, stars alongside the Looney Tunes characters for one whacky basketball adventure. The movie follows a story of what truly happened to Michael Jordan during his 1999 retirement from the NBA and his 1995 comeback into the basketball world. This movie provides comic relief for basketball fans and allows them to see a different side of fan favorite Michael Jordan. This was a box office hit and made over two hundred and thirty thousand million world wide. Although most of the basketball in this movie is animated, fans still love to see the dunks, dribbles, and passes throughout the movie and to watch their favorite basketball icon take on a completely new role off of the court.

The film Above The Rim came out in 1994 and was another box office smash hit with fans. This movie is star filled with celebrities and actors such as: Duane Martin, Tupac Shakur, Leon Robinson, Marlon Wayans, and Wood Harris. The movie happens in New York City and tells the story of a high school basketball star and his relationship with a former basketball star and drug dealer who is now employed as a security guard in the high school he was promised stardom at a young age many years ago. The movie was actually set and shot in Harlem, New York and the high school was located in Brooklyn, New York. This movie provides an inspiring and dramatic story line of a boy who loves basketball but is met with many challenges during the course of the film.

White Men Can't Jump stars Wesley Snipe and Woody Harrelson as a pair of hustlers and basketball players. This comedy is known for its lighthearted feel and hilarious antics that the main characters get into during the course of the film. The amount of basketball games played during this movie is definitely not small; multiple pick up games ensue during the course of the film in an effort for the main characters to hustle up some cash. The main joke of the movie is that Woody Harrelson's character is assumed to be a bad basketball player because of the color of his skin. However, those against the pair are unaware that Harrelson's character was a former college basketball player which he uses to his advantage to create a side hustle against unsuspecting challengers. The basketball games and moves displayed in this movie are great and interesting enough to keep viewers focused and happy during the movie.

Coach Carter is one of the most well known basketball films of the 2000's because of how great of a job it did captivating viewers who watched this movie. This film has the classic story of an underdog rising up against everything against him including issues in his personal life and in the community he is a part of and making an amazing comeback in his profession. The highly acclaimed actor Samuel L. Jackson plays a coach that has the goal of spreading important life lessons and emphasizes how crucial academics should be to young kids. Jackson's character suspends the undefeated basketball team for poor academic results, where drama ensues throughout the film. However, the team manages to work together and learn more about each other and themselves other than just basketball throughout the course of the film. The community and its hardships are figured out throughout the movie and by the end, viewers are left with a warm feeling inside knowing that the underdogs finally won one.

Love and Basketball is a rare basketball film where romance is the main focus. Two people played by Omar Epps and Sanaa Lathan receive scholarships to play basketball at the University of Southern California and live in different but tough situations at home. Epps' player has a lot on his shoulders to try and compare to his big shot NBA legendary father, while Lathan's character had to fight her way to even earn a spot on the basketball team. During the movie, their relationship blooms and they fall in love together and bond over their love and passion for basketball. Both of the main characters can not imagine their lives without basketball, but suddenly can not imagine their lives without each other as well. However, at the end of the film they go their separate ways after college, but eventually reunite a few years later leaving viewers feeling fulfilled with the ending of the film.

The movie Blue Chips portrays the trials and tribulations of what college athletes, specifically basketball players, go through during their collegiate careers. The film follows a coach played by Nick Nolte who despises the advantages certain college players receive behind the scenes of the sport. In order to retaliate against that, Nolte's character decides to run a clean and fair program so his players are authentic and have earned their spot on his team. Although this program sounds luxurious, of course it had its hardships because of people working against Nolte's character. While showing the skills of certain basketball players throughout the film, Nolte's character has a hard time keeping his integrity pure during the movie. Ultimately his character becomes the thing he despised throughout the film and becomes a sell out, which leaves viewers with a helpless feeling at the end. However, this film shows the dark side of collegiate sports which is why it is such a hit with viewers.

The 1996 Celtic Pride movie is a comedy starring Daniel Stern and Dan Aykroyd, two passionate Celtic basketball fans and Damon Wayans as an All Star shooting guard. This film is a fan favorite particularly with Boston Celtics fans because of how the movie portrays the die hard fan base. Celtics fans are known for being ride or die for their beloved basketball team and Stern and Aykroyd do a fantastic job doing so. Two fans kidnap the All Star player in an effort to help the Celtics win the Finals, and hilarious events occur during the rest of the film. Although basketball playing is not the main focus of this film, viewers love it because the fans of basketball are just as important as the playing of the sport. This movie shows an odd version of appreciation for die hard fans and the realization that the NBA would not be where it is today without those fans cheering on their teams in the bleachers.