What Is Top Of The Key In Basketball?

The top of the key in basketball is a location on the court that refers to the top most point on the arched line just above the key.

The key, also known as the paint, is the area of the court just below the net, with the outermost border being the free throw line. Defensive players are called for 3-second violations in the paint.

Size of the Key 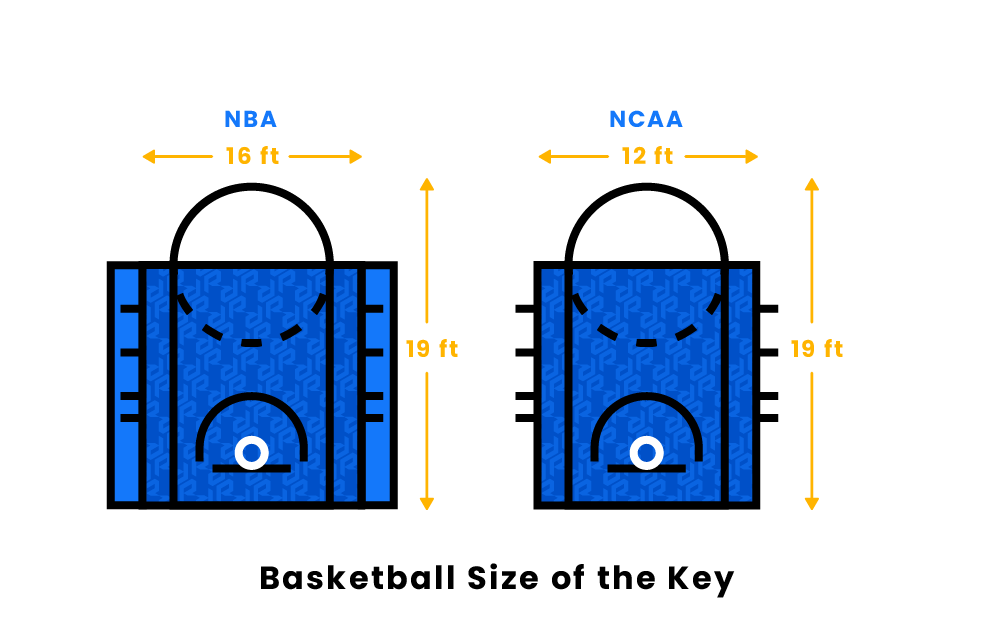 The basketball court has gone through numerous changes throughout the sport's history. There have been several sizing and dimension changes to the height and radius of the key and its semicircle. The first iteration of the key was much larger than what it looks like today.

Top of the Key Strategy

In the modern game, players have chosen not to make as many shot attempts from the top of the key. The reason for this change is because shots from the top of the key are the most inefficient for players to take. Out of all two-pointer attempts it is the furthest spot away from the basket. Three pointers are only slightly further away from the basket and are worth three points instead of two.

However that does not mean it is irrelevant in the modern sport. It still is useful for setting up plays and providing a location that players can reference when spacing themselves out on the court.

What is the top of the key?

The top of the key is the space that is just in front of the three-point line and just past the free throw line. This is a popular shooting spot, so it's common in zone defenses to have a player cover the top of the key.

What is the key or paint?

The key or paint is the square box below each team's hoop. The key includes the free throw line. 3-second violations are called when a defensive player stays in the paint for longer than three seconds.

What is the size of the key in basketball?

The NBA's key is 16 feet wide, the NCAA's is 12 feet, and FIBA's is also 16 feet but does not have the full circle. Both the NCAA and the NBA have a semi circle with a radius of 6 feet at the top of the key, which is 19 feet from the baseline.

Pages Related to What Is Top Of The Key In Basketball?