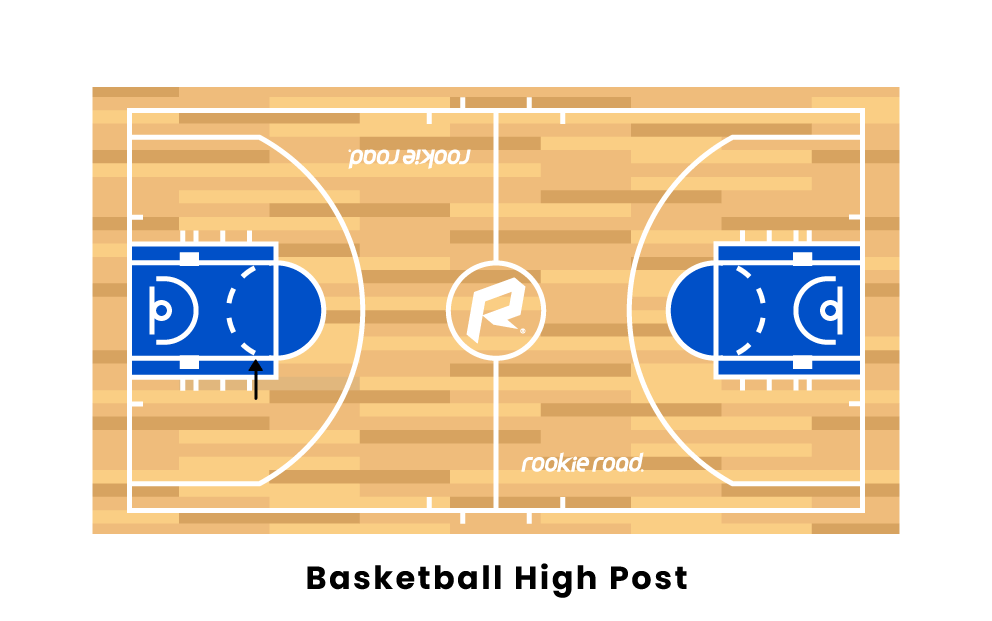 Players position themselves on the high post both on offense and defense, as it is a great place to score from and an important place to defend. A lot occurs on or near the high post during a basketball game; it is an area where a lot of picks are set and a lot of pick and roll plays start.

Players of all positions act on the high post, centers and forwards come to the high post to set picks, or even to post up and seek an individual play from there. Guards take a lot of shots from the high post at the corner of the key, called the elbow.

At the high post, an offensive player has a number of options. He's close enough to shoot a decent shot, he could pass to the low post for a closer basket, he could drive to the basket, or he could pass it back out to an open teammate. All of these options make the high post a popular spot on the court and at times difficult to defend.

Since this spot is such a common passing and shooting area, many defenses are sure to cover the high post. This area is also a direct path to the basket, so it's important for defenders to block that path.

Pages Related to What Is High Post In Basketball?