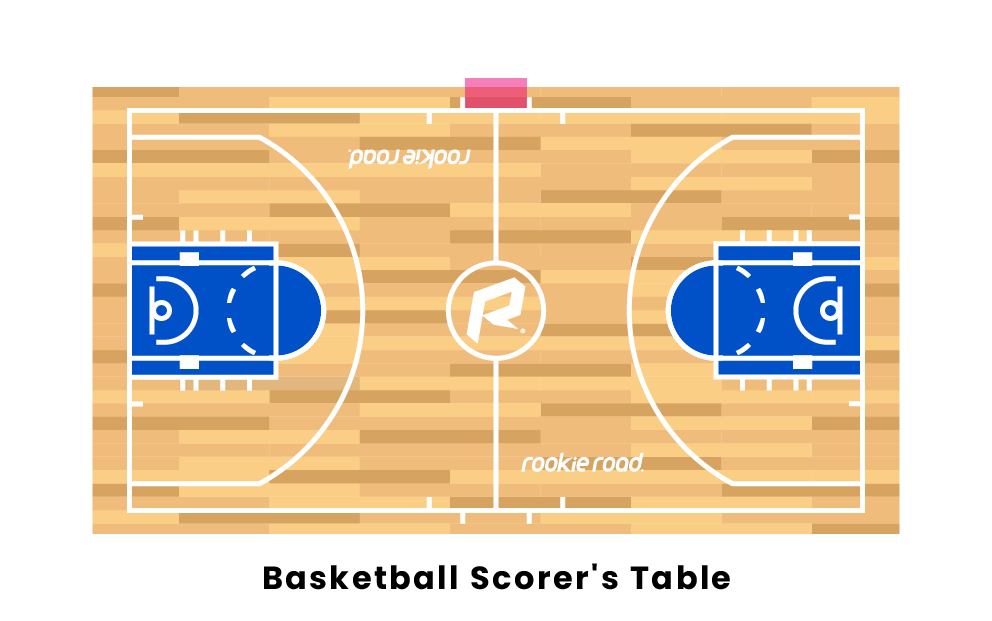 The scorer's table in basketball is the table along the sideline where the official scorers and official statisticians sit. The members at this table have many responsibilities, mostly revolving around keeping track of what is happening in the game. Players who are waiting to substitute in will likely sit in front of the scorer’s table.

Location On the Floor

Who sits at an NBA scorer’s table?

There are two main officials who sit at an NBA scorer’s table: the official scorer and the official statistician. The scorer deals with real-time aspects of the game, such as tracking fouls and managing the game clock, while the statistician tracks player statistics that will be published for the general public as the game goes on.

How much does a basketball scorer’s table cost?

Basketball scorer’s tables can vary greatly in price depending on a few factors. The cheapest scorer’s tables are usually not customizable and made of cheaper materials. These tables can cost anywhere from $4,000 to $6,000. Highly customizable and higher-quality tables can cost much more, ranging up to $40,000. These tables can be more expensive due to LED screens on the front, more seating available and higher quality materials. At lower levels of play, such as youth and high school basketball, some leagues will forgo this expense and use folding tables.