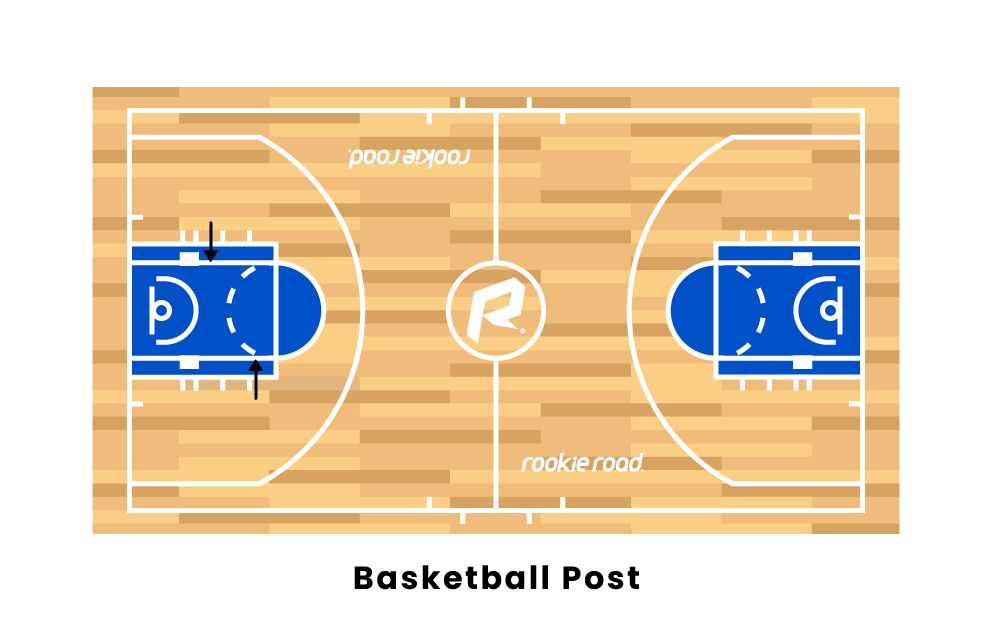 The “post” in basketball may refer to specific areas on the court, as well as a player or play that operates in these areas.

The high post area is located at the elbows, where the free throw lane and free throw line intersect. The high post is used as a starting point for many offensive plays via screens, passes, or other actions.

The low post is closer to the basket than the high post, down near the block. This is likely what someone is referring to if they mention “the post area.”

A player who is frequently used in the low post or who is specific to the post area on a play may be referred to as a “post player” or even shortened to “post.”