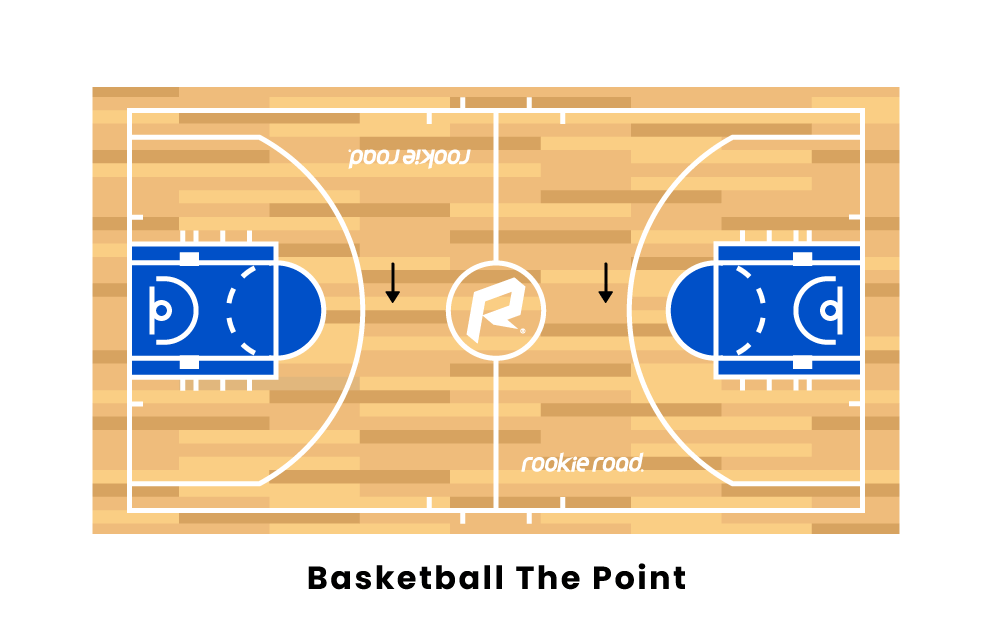 The Point area in basketball is located outside of the three point arc and directly above the top of the key. This could also be known as up top or above the key and is the area where many set plays begin and are called from. It is also an area where the point guard spends a lot of time which is where his name came from, the guard at “The Point” on the court.

How Offenses Use The Point

How Defenses Defend The Point

A good defense is able to stop penetration while also contesting perimeter shots and this is a key statement involving The Point. The defense must not allow good perimeter shots to be taken from this area but at the same time limit penetration from ball handlers. If they are able to contain the point a lot of the offense of the other team can be limited, bonding well for the defending team over the course of the game.

Pages Related to Basketball The Point