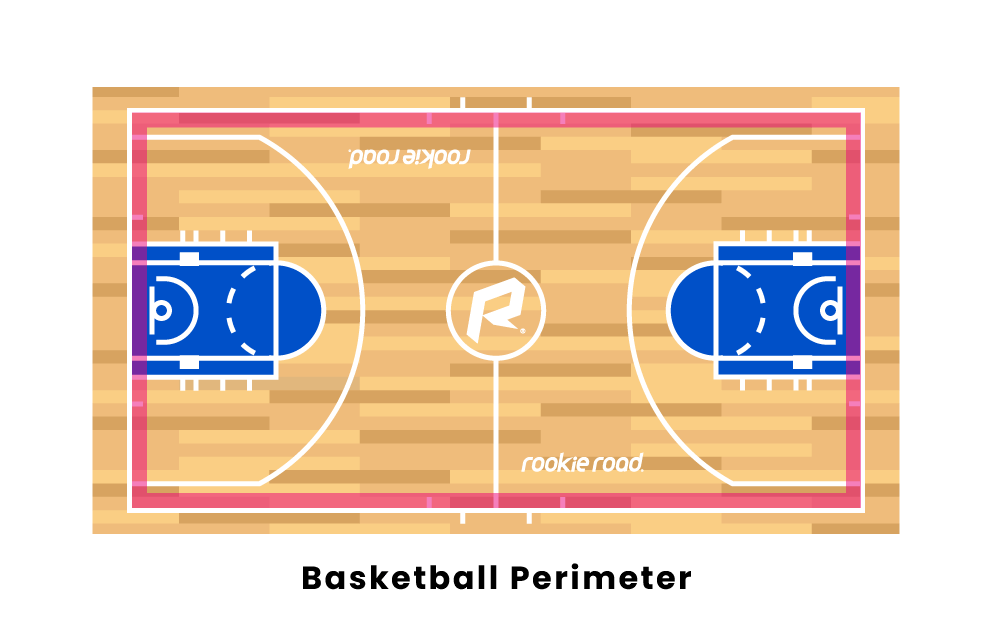 There are various different areas on a basketball court, and it's important to know what each area is used for and what it includes. In this lesson, you're going to learn about the perimeter, where it is on the court, and how it can be utilized by different players in games.

You may hear terms such as perimeter shooting, perimeter defense, or perimeter player, take a look at more of those terms below:

The term perimeter defense can be used referring to a whole team or an individual player. It is a defense that does not allow opponents to score from the perimeter area. Preventing perimeter players from making shots in this area can seriously decrease an opposing team's offensive efficiency and forces them to take 3-point shots or shots from inside the paint.