A passing lane in basketball is the path the ball will follow in a simple pass between two players who are close to each other. In a game players must position themselves to create a passing lane, that way allowing for the ball handler to make a pass without much risk of getting it stolen or deflected by the defense. Passing is a fundamental part of the game, and understanding how to create and open passing lanes is one of the most important things for a team to pass the ball well.

Given that, it is particularly important for coaches at the youth level to teach their young athletes about passing lanes and make them understand their impact on the game, as that contributes for them to become better basketball players in the future. Also, by encouraging young players to stick to the passing lanes during games, coaches can avoid unnecessarily difficult passes that might end up in turnovers.

Passing lanes also impact the defensive part of basketball. Defenses must be able to defend the passing lanes, making it difficult for the opponent to switch many easy passes. Avoiding many easy passes will lead to less scoring opportunities. 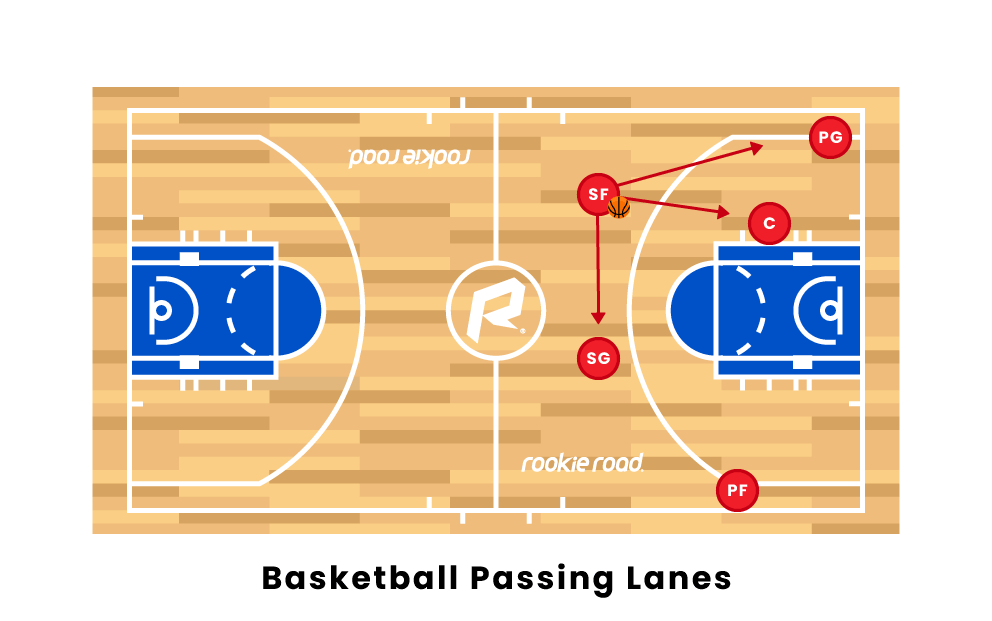