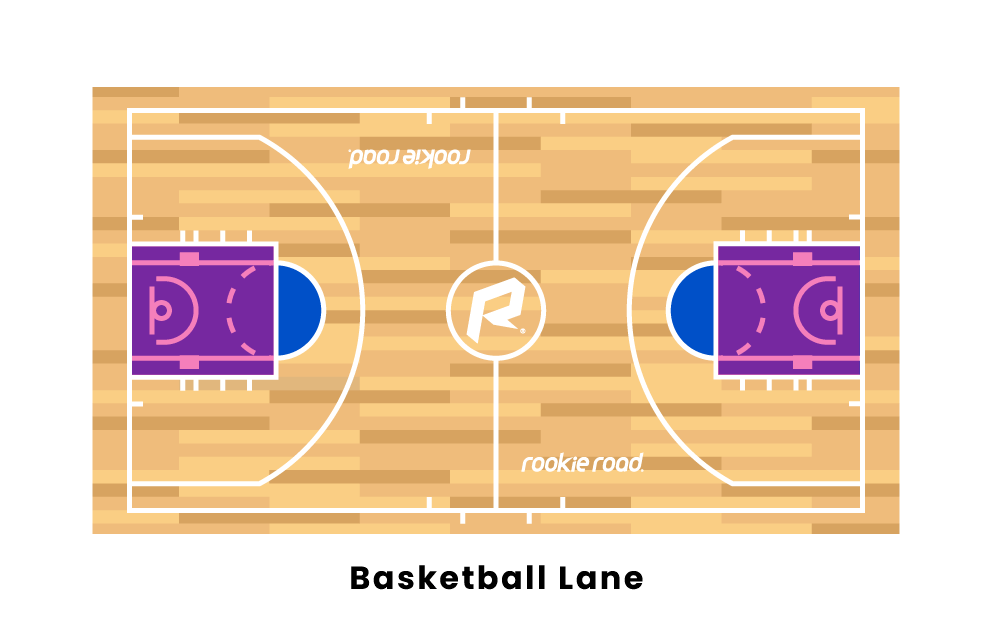 The lane in basketball is an area on the court below the basket where three second violations are called. It is also known as the paint, key, or free throw lane.

The lane lines are the two lines on either side of the lane, differentiating that area from the rest of the court. The lines mark off the area in which the three second rule is present.

The lines also provide a boundary during free throws, since players cannot cross those lines until the basketball leaves the shooter’s hands.

Attacking the lane on offense is a vital part of any offense’s game plan, since layups, dunks, and shorter jump shots take place inside of it. The lane can often be overcrowded by both defensive and offensive players, so plays can be designed to draw the defense out of the area and create space for the ball handler to drive toward the basket or an opportunity for them to pass to a now-open teammate. By spreading your team out on the court and using your dribbling skills, attacking the lane can be simple!

Since the lane is close to the basket, it can be a very vulnerable spot for the defense. A team using a zone defense might have more coverage in the area than a team using man-to-man coverage, since the offensive players may be able to draw the defense out of the area. By sticking close to the player you are guarding, not letting them dribble around you, and forcing them to take a shot from the outside or pass the ball, you can keep the lane safe and avoid giving them an easy 2 points.