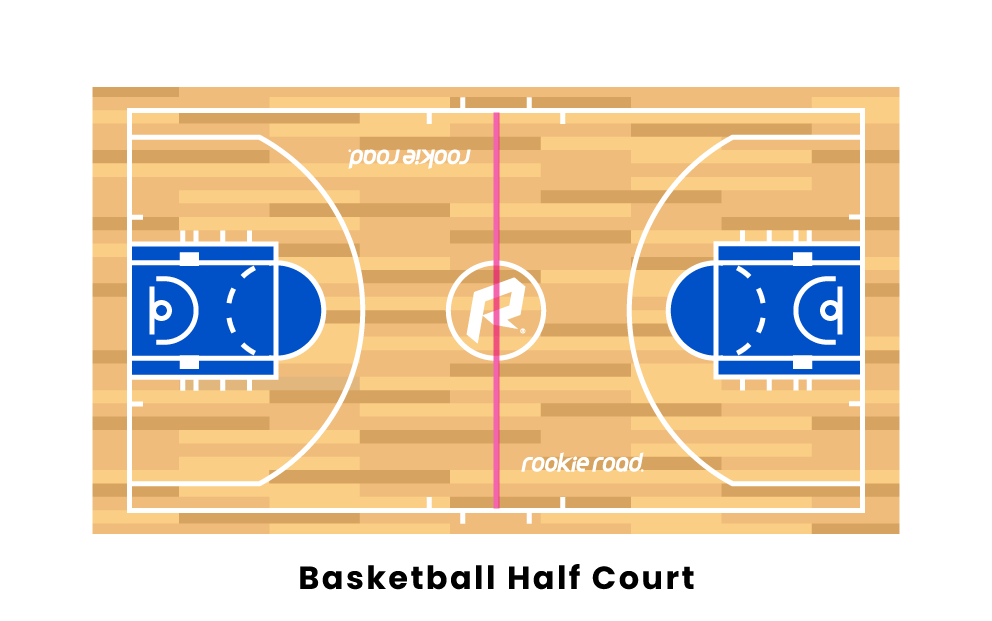 At the center of half court, there will also be a circle that is used for jump balls at the start of every game. Jump balls are used to decide which team gets possession of the ball to start each basketball game. The half court line will also divide the jump ball circle in half, just as it does for the entire court.

The half court line is used to distinguish boundaries for various rules within basketball. For example, the 8 second rule. Once an offensive team inbounds the ball at their end of the court after a defensive possession, they are required to cross the ball over half court within 8 seconds. If they fail to cross the half court line within that time, it will result in a turnover and the ball being given back to the opposing team. This helps make the game faster and prevents teams from holding the ball in their half for long periods of time.

PRO TIP: The over and back rule does not apply if a defender deflects the ball across half court.

Pages Related to Half Court Basketball