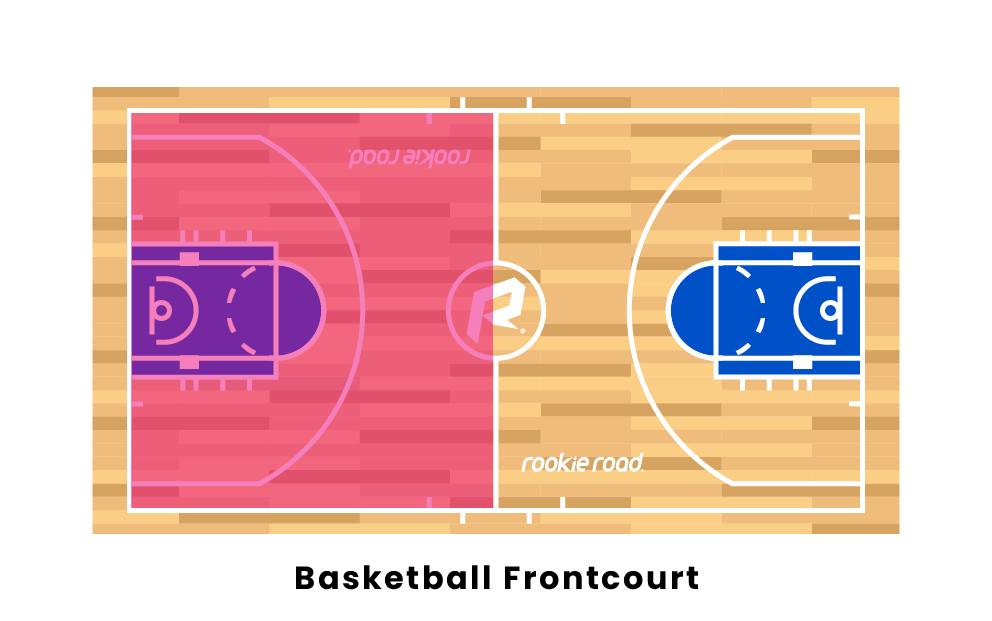 The frontcourt in basketball is a part of the court from the midcourt line to the baseline that the team with possession of the ball is attacking into. It is relative to each team, so one team's frontcourt is another team's backcourt.

The terms "backcourt" and "frontcourt" also refer to position groups for each team. Because the guards are usually the ball-handlers, they are responsible for taking the ball up from the backcourt to the frontcourt, they are referred to as the "backcourt".

Alternatively, the forwards and center positions are known as the "frontcourt" because they need to get to the front court and set up in their positions before the guards. Big men are almost always a part of the frontcourt.

When referring to the guards, announcers and analysts will often say "backcourt," while saying "frontcourt" refers to the forwards and center of a team.

Therefore, the term "frontcourt" can be used to refer to either the half of the court being attacked by the offense or the forwards and center of a team. One needs to use context and phrasing clues to determine which usage the announcer or analyst is using.