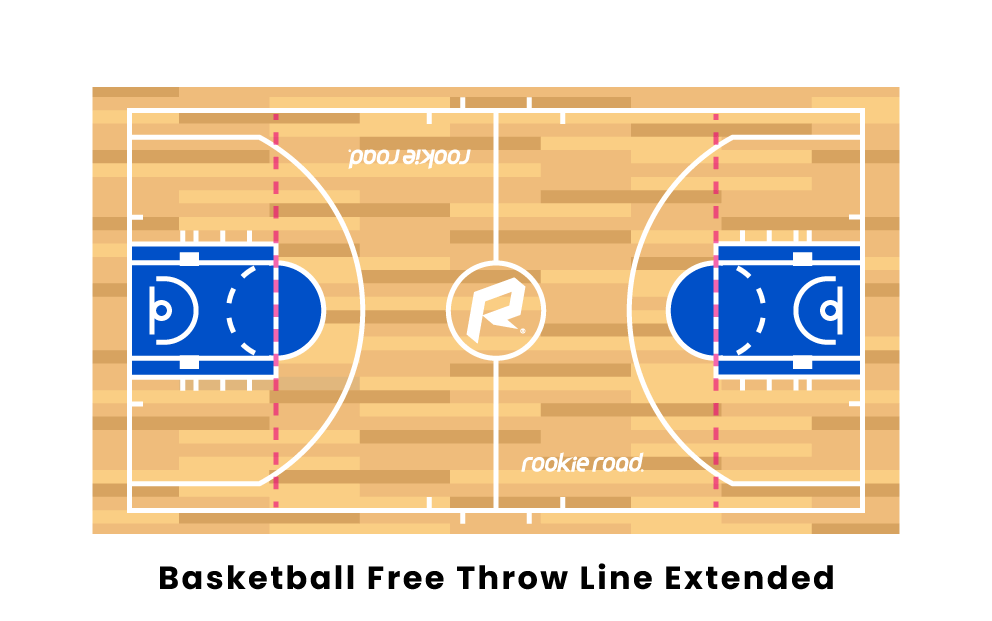 The free throw line extended is a common reference point for coaches, players, and referees alike. Coaches will use this imaginary line to create plays, to guide their players with positioning on the court, and to distinguish where to pick up on defense. Players can use it to measure their placement on the court, run players, and determine the strength needed to shoot the ball. Referees will use the free throw line extended to help determine where the ball should be placed for inbounds passes after a dead ball.