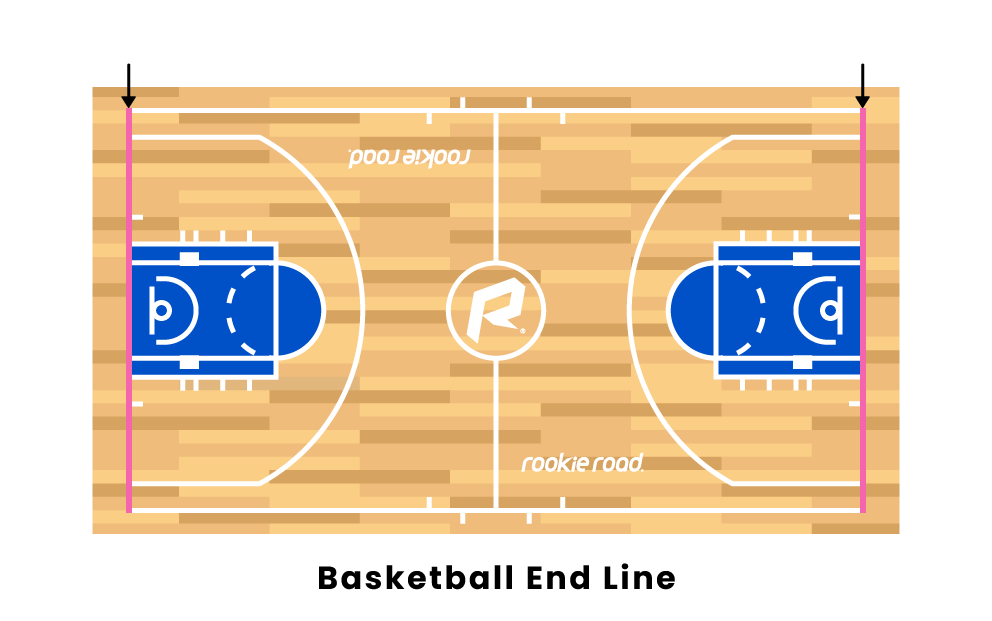 What is the Basketball End Line?

The end line in basketball is a boundary line running along the edges of the court where the hoops are located. It is also known as the baseline.

The end lines are one of two sets of boundary lines, along with the sidelines. A player that steps on or over the end line is considered out of bounds. The same is true for the ball, which is considered out of play once it contacts or sails past the end line. If a player’s foot touches the end line, the team currently on offense must forfeit possession of the ball to the other team. When the ball crosses the end line, the referee makes a ruling on which team touched it last. The team that last touched or possessed the ball before it goes out of bounds then loses possession of the ball.

End lines also indicate where a team must inbound the ball. Inbounding refers to a player behind the baseline throwing the ball to a player in front of the baseline to begin play. This takes place at the beginning of every quarter, as well as after every made shot. Boundaries are still in effect during an inbound, with a loss of possession occurring if either player steps on the end line while completing the exchange.

Dimensions of The End Line

There are two end lines, located at each end of the court. The end lines span the entire width of the court (approximately 50 feet). They are positioned 4 feet behind the basket, just before the area in which the home team is spelled out. Each line is thick enough to be easily spotted by players and fans, yet thinner than many of the lines included in the painted area (green and blue box-shaped areas pictured in the diagram above).