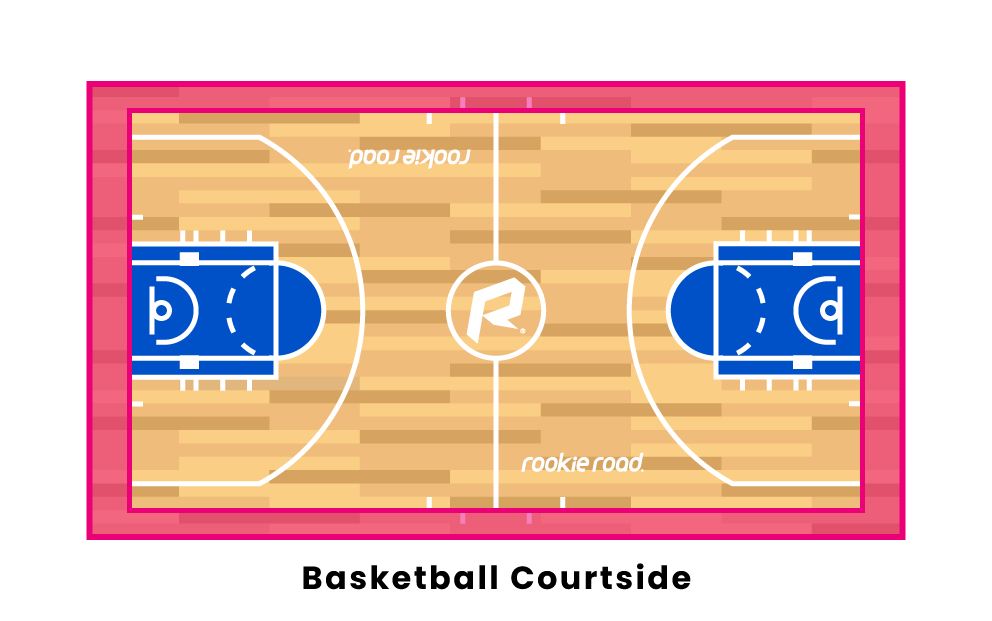 Courtside in basketball is the area around the actual court. In that area, there are famous courtside seats. Sitting courtside means you're sitting as close as you can to all the action of a basketball game. Courtside refers to sitting just behind or beside the player benches on the sidelines. People sitting courtside have their feet on the court. Those fans also get some perks such as special parking, access to special clubs and suites, and not to mention an unmatched view of the game. However, courtside seats come with a few rules and a hefty price.

How Much Are Courtside Tickets?

There are courtside seats at all levels of basketball. However, high-profile college basketball games and NBA playoff games are the most sought after courtside seats. Ticket prices will vary depending on the franchise, what is the matchup, where on the court are the seats, and also if it is a playoff or high profile game, as said before. Nonetheless, courtside tickets are never cheap. It is hard to find a courtside seat selling for anything below $1500, but that price can be much higher.

Sitting courtside is a big deal because it brings the attendee of the game much closer to the action. Fans are able to hear conversations between players, coaches, and referees alike. People in the courtside seats can expect to be on television and the big screen several times, and also go to the game knowing that there is a possibility a player might jump over them to grab a loose ball, spilling their drinks and snacks around the court. However, that is all part of the fun!

What Kind of People Sit Courtside?

People sitting courtside are wealthy, famous, or lucky, and sometimes all three. Teams can invite celebrities to sit courtside on their games for marketing purposes. The opposite is also true: a celebrity might sit courtside at a game to raise attention from the media. The Los Angeles Lakers’ home games always have known celebrities sitting courtside. Owners, their families, and close friends are also some of the people who sit courtside, such as Steve Ballmer, the Clippers’ owner, who attends all home games.  In addition, big companies might invite prospective clients and faithful employees to sit in the company-owned courtside seats.

With all the benefits that come with sitting close to the action, there are also several spoken and unspoken rules. Fans sitting courtside can be asked to leave the arena if violating any rules and fans can also get ejected by the referees. Those very special attendees cannot:

As an example of behavior that can get a courtside fan ejected, during the 2019 NBA Finals, a Golden State Warriors fan sitting courtside pushed Toronto Raptors’ point guard Kyle Lowry while screaming profanities to him, making the All-Star player and soon to be NBA champion very upset. The fan was quickly ejected from the game and banned from attending any games in the following NBA season.

What does courtside mean in basketball?

Are courtside seats worth the money?

Whether or not a courtside seat is worth its high cost is dependent upon what kind of experience you want as a basketball fan. For fans who don’t mind their distance from the game or their ability to hear and see everything up-close, a courtside seat might be too expensive to bother with. However, for fans who want the unique experience of being immersed in the action of a game, from the yelling of the players and coaches to the rowdy atmosphere of the teams’ biggest fans, a courtside seat could very well be worth more than the thousands of dollars one can spend on them.