Trash talk in basketball is when a player makes negative comments to or about a player, before, during, or after a game. Players make these comments in order to mess with the opponent's psychological state, and gain some kind of advantage because of that. Trash talking is part of the game of basketball and basketball culture, players talk trash to each other all throughout the game, especially on the NBA. Today, trash talking in the NBA is part of the entertainment. Many players may have a personal rivalry, and trash talk elevates players to play better, trying to prove their rivals wrong. Trash talk often involves speaking badly of a player's ability, personal affairs, cussing, and sometimes just trying to annoy the opponent in some way. Sometimes trash talking can escalate too quickly, the situation might get heated and players mind end up physically confronting each other. In that case the situation normally ends with a technical foul for both players.

Some players are notorious for their trash talking abilities, while others are not very fond of it. The same is also true for the players receiving a message, some are not affected by it at all, while others are easily irritated and let trash talkers negatively impact their game. Players like Reggie Miller, Draymond Green, Kevin Garnett, Michael Jordan, and Christina Laettner are some of the players that are famous for being able to get into their opponents heads. A famous episode that includes Reggie Miller is when his team, the Pacers, faced the NY Knicks in the playoffs. Miller was playing as well as ever, and kept talking trash to Knicks players. At one point, diehard Knicks fan Spike Lee (who is also notorious for talking to players from his courtside seat) decided to get involved. Lee and Miller went back and forth speaking to each other, and built a player-fan personal rivalry themselves. 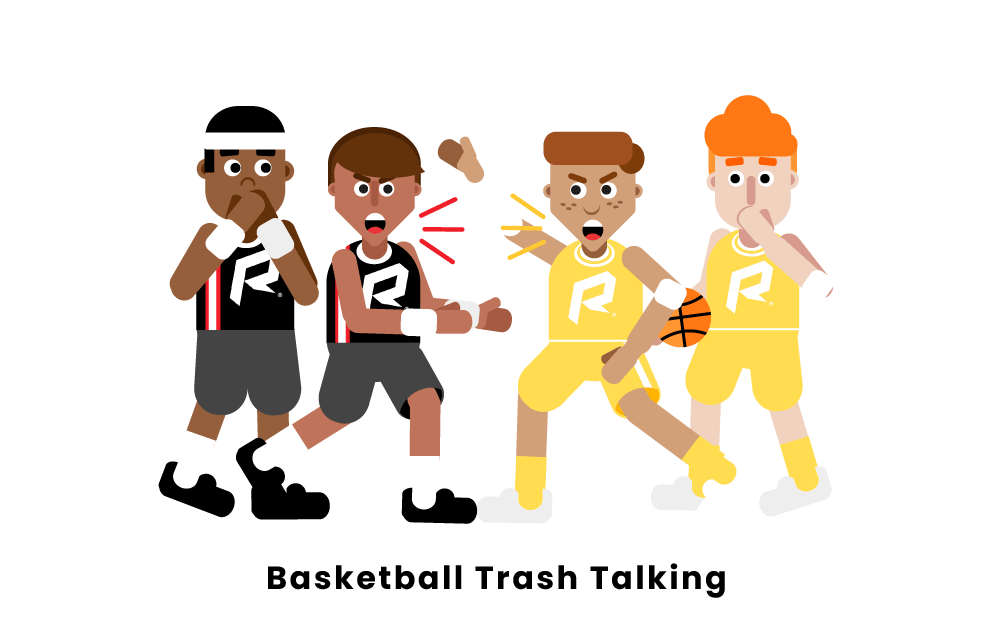