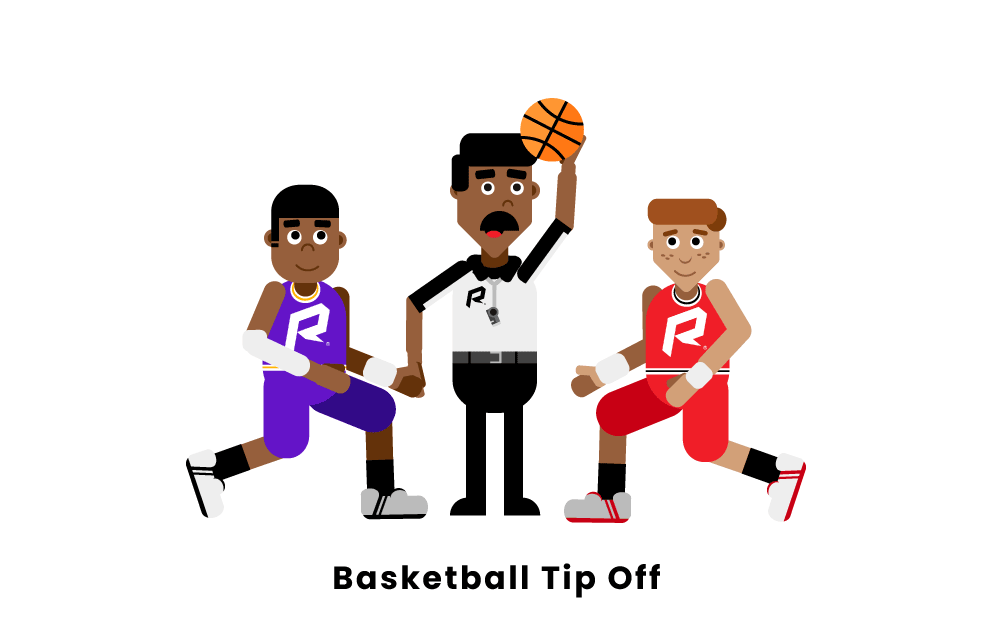 Every basketball game is started using a tip-off. The tip-off is a jump ball between a player from each team that occurs in the center circle.

The term tip-off, or its shortened version, tip, is effectively synonymous with kickoff time in other sports. Reporters and game previews will list the start time next to tip-off. For example, if a game starts at 5:00, it is not uncommon to hear the term five o'clock tip.

Although the tip-off is a simple concept, there are a few specific rules that must be followed to keep things running smoothly:

A jump ball is a method of starting or restarting play. The referee tosses the ball in one hand for two opposing players to jump up to. The jumping players will try and tip it to a teammate. On tip-offs, each team chooses one of their players to participate in the jump ball. This usually means both team's centers compete for the jump ball. This is because they are the tallest players on the court and have the best chance of reaching the highest.

In the NBA, every jump ball situation requires an actual jump ball. In college basketball, though, the alternating possession arrow determines which team gets the ball. The possession arrow initially goes to the team that lost the tip-off.