The Basics of the Secondary Break

The secondary break is essentially the latter half of the fast break or transition portion of a team’s offense. It begins once the initial push forward is stopped and halted by the defense and the rest of the offensive team catches up to the play. Secondary break plays usually involve the big men on the team since they are generally behind the fast break play. They look to create some easy look as they enter the play and if this is halted the general offense begins ending the secondary break. 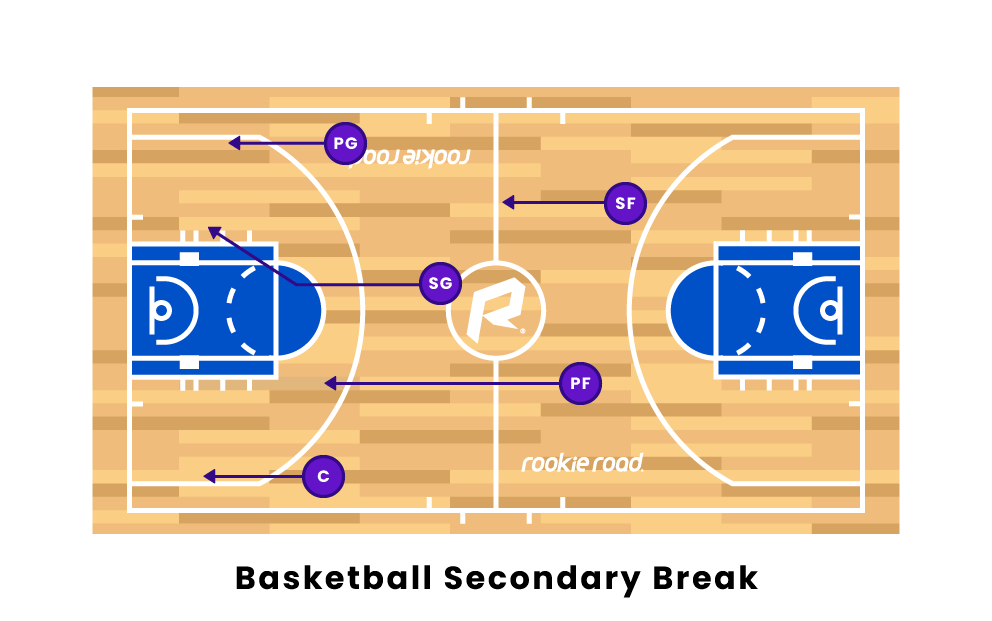 Offensive Options from a Secondary Break

The offense is still in a transition mindset during the secondary break, looking for a quick and easy scoring opportunity. As the big men enter the picture, they can set screens for each other creating a post look, or for one of the guards creating an opportunity to cut or get an open perimeter shot. Any action that takes place after the initial transition chance to score right away is considered the secondary break. This usually lasts around 5-10 for the offense before they settle into a set play. The secondary break can create more quick scoring chances and shift the momentum of the game.

How to Stop the Secondary Break

The defense has already succeeded in stopping the fast break if a secondary break is now the concern which is a good thing. They must continue to keep the offensive players in front and stay home in front of the rim especially now that there are post players more involved in the play. It can be stopped just like any other offensive part of the game with solid defense, contesting shots, staying in front of ball handlers, and forcing bad shots to be taken.