The goal of a basketball team is to score more points than its opponent. Points are earned by shooting the basketball through the opponent's basket, a circular rim attached to a backboard. 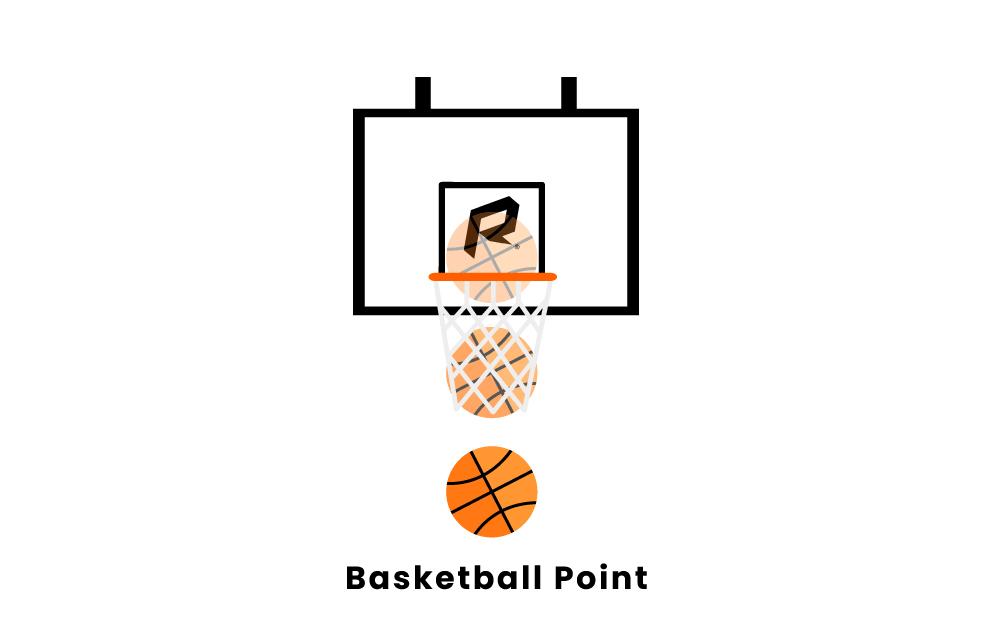 A team can earn one, two, or three points with a single shot on an offensive possession. One point is given to the team for a made foul shot. Foul shots stop the game clock and are awarded in a few situations, including when a player is fouled during his/her shooting motion. A foul shot is taken from the free throw line, which is 15 feet from the basket.

Two points are awarded for any made field goal within the three-point arc other than foul shots. This includes shots in which the player's foot is on the three-point line, the curved arc around the basket.

A team earns three points for any made shot behind the three-point line. Depending on the level of play, the arc ranges from 19.75 feet from the basket in high school to 23.75 feet outside of the corners in the NBA. Again, the shooter's foot must be entirely behind the line when beginning his/her shooting motion to earn three points.

The total number of points a team scores on any given night in a game varies from league to league. College teams frequently score between 60 and 80 points per game. WNBA teams often average scores in the 70s and 80s while NBA teams can score upwards of 100 or 110 points.