In basketball, 'hang time' refers to the amount of time that a player or ball spends in the air. Hang time is generally measured in seconds and while it is not one of the more commonly used basketball statistics, it can nonetheless provide valuable information about a player's passing or jumping ability.

When a player throws a pass to a teammate, there is a period of time in which the ball is airborne before it finally reaches the target. Different types of passes result in different ball flight durations. The hang times associated with two of the most common basketball passes are outlined below…

A chest pass is a forceful pass from one teammate to another, usually from relatively short range. The ball tracks through the air in a flat line, maintaining a moderate height equivalent to where the ball was released (the passer's chest area). Thus, the ball does not spend a lot of time in the air before it is received by the target. A typical hang time for a chest pass is about 3 seconds. The same applies for an overhead pass (thrown with two hands from above the passer's head), albeit it at a slightly higher trajectory.

Since lob passes need to travel great distances or remain in the air long enough for a teammate to beat the defense and gain possession of the ball, they are often thrown at a high 'launch angle.' In other words, the ball is thrown high into the air, forming a parabola as it reaches its ultimate height and eventually begins to fall towards the floor. As a result, lob passes have higher hang times, ranging anywhere from 5-8 seconds.

Player hang time refers to how long players remain in the air before landing when they jump. A basketball player may choose to leap into the air for a number of reasons, mainly to either attempt a slam dunk or catch a high pass from a teammate. The amount of time a player spends in the air is dependent on the player's leaping ability and takeoff point. Extremely gifted jumpers tend to have higher hang times, as do players that leap from a location somewhat far away from the basket (i.e. the free throw line). 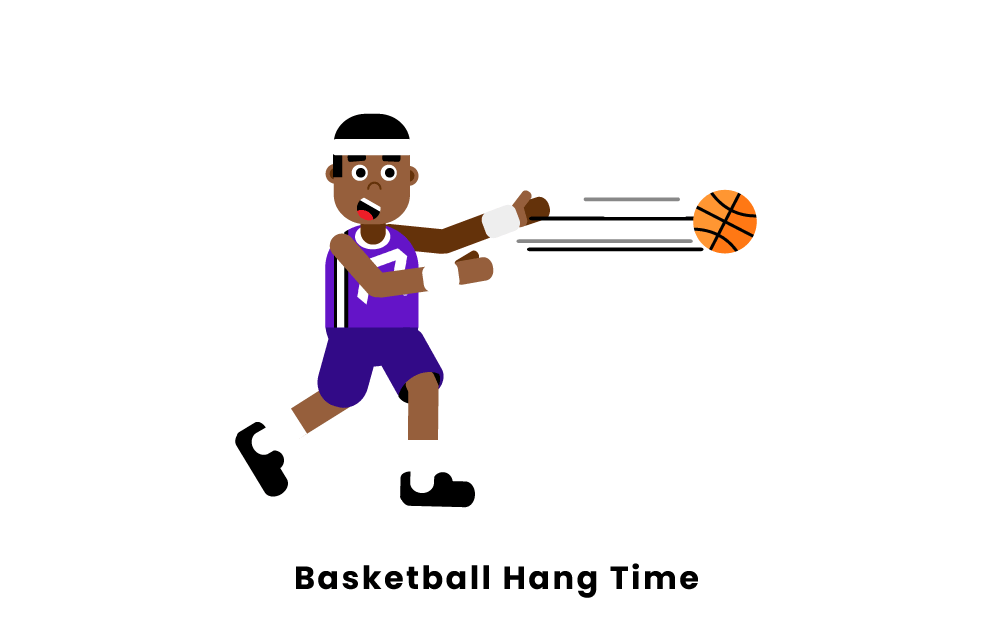