In basketball, the term "glue guy" is used to describe a player that helps bring (glue) a team together into a cohesive unit. It is often used to describe players who put in maximum effort and have an extremely detailed understanding of the game.

There are many different components that lead to the success of a basketball team. One of the most important is having a player that will sacrifice everything for the benefit of the team. This means taking on roles no one else wants to: working harder in film, in practice, and in games to make everyone else better.

Glue guys can come in any shape and size; physical attributes are not what make a glue guy. That status comes from having a deep understanding of what the entire team is supposed to do and a selfless will to win. 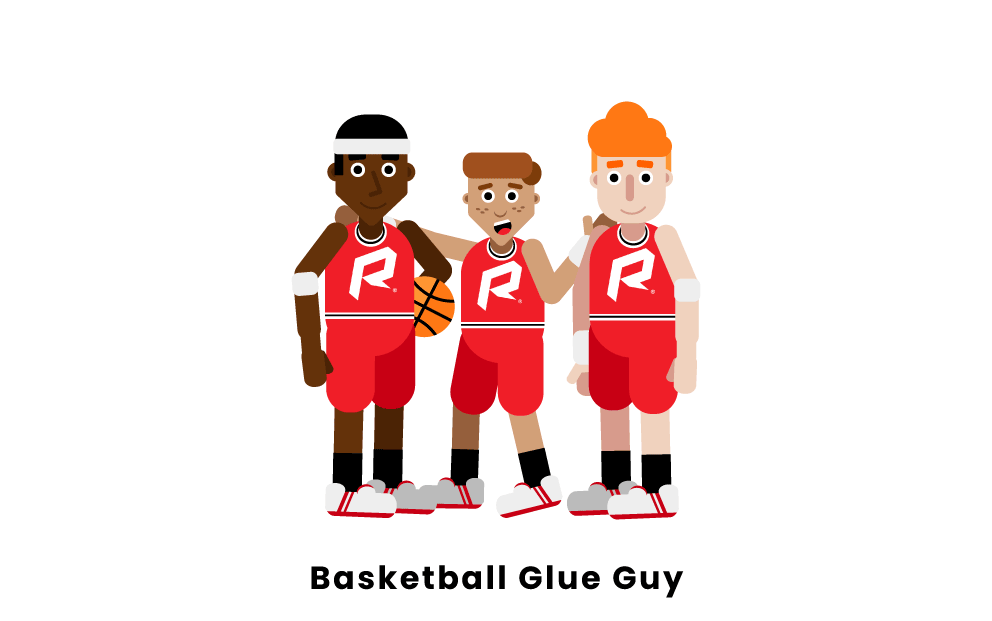 Glue guys are the players who aren't afraid to correct others, take blame, or demonstrate the value of effort to a team. Having a teammate that is a glue guy makes everything a little easier.

Almost every championship team has a glue guy that helps the team perform at its highest level. Some notable glue guys include Tim Duncan, Shane Battier, and Draymond Green. These are players that constantly shrugged off individual stats and accomplishments for the benefit of the team.