A general manager in basketball is a team executive that handles business and personnel decisions for the organization. Each NBA team has a general manager, usually appointed to the position by the team’s majority owner. 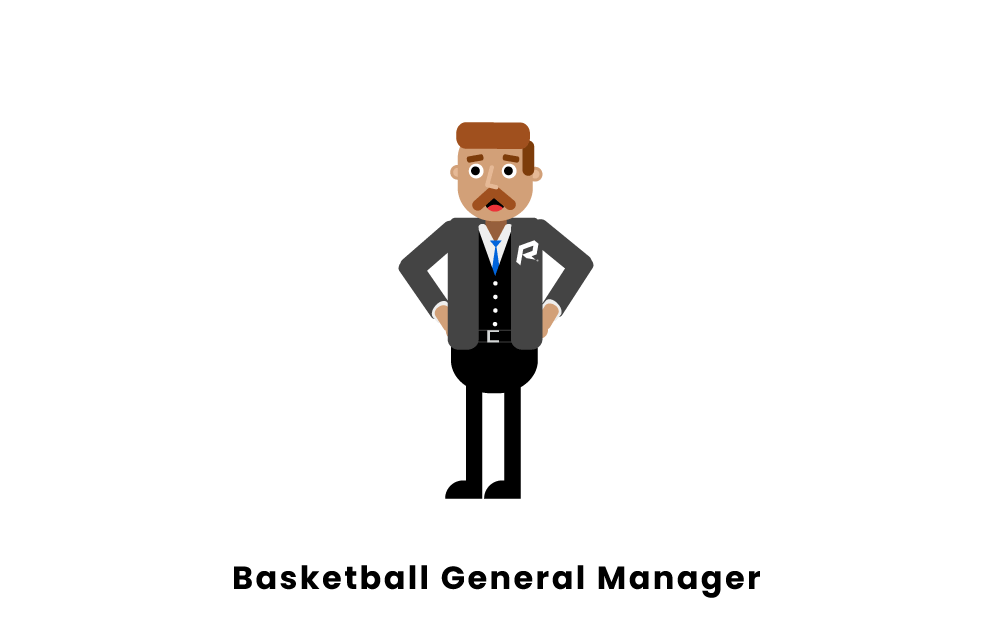 General managers are tasked with making decisions that ensure the long-term success of an organization, both from a financial and on-court perspective. Embedded within this overlying responsibility are a number of duties that must be fulfilled. Each of the jobs that general managers take on are outlined below.

While there are some team owners that are not concerned with turning a profit and would rather see the team win at any cost, most owners want their general managers to be financially responsible. Thus, general managers must be wary of spending more money than the team generates in a typical year.

Teams receive money through ticket sales, TV contracts, and fans purchasing merchandise such as jerseys. This is known as revenue. Since running a team also requires spending money in order to sign players and make venue upgrades, revenue does not represent an organization’s overall earnings for a given year. Instead, expenditures must be subtracted from any revenue that was generated. Any money that remains after the calculation has been performed is profit. General managers pay careful attention to the team’s finances throughout the year, making sure to maintain a profit by avoiding unnecessary renovations and an excessive amount of lucrative player contracts.

Perhaps the most important aspect of a general manager’s job is managing the team’s roster. General managers are responsible for creating a winning team by assembling a group of talented players with complementary skill sets. Although it is virtually impossible to build a team consisting of only superstar players, each player must have the abilities necessary to succeed in their role. Players can be acquired through the draft, trading with other teams, and negotiating deals with free agents looking for a new contract.

During the season, general managers are constantly tweaking the roster to maximize its effectiveness. The team’s head coach works closely with the general manager on certain transactions, such as releasing an underperforming player or calling up a player that is currently in the development league (the NBA’s second-tier affiliate league for players that need to hone their skills before playing at the highest level).

While general managers conduct most of their work from a personal office at the team’s headquarters, there are several occasions in which they must represent the team at a press conference or charity event. It is important for general managers to be personable and informative at these events, as their behavior tends to reflect either positively or negatively on the team as a whole.

There are no official prerequisites that need to be fulfilled in order to become a general manager. However, many general managers are former players that have been around the sport their entire lives, making them better equipped to handle complex team operations. Those that have not played basketball at a high level often have a master’s degree in business or law. Having a strong understanding of finances and legal practices helps with navigating tough situations.

Life as a General Manager

To many fans, being a general manager seems like a dream job. While it is certainly rewarding to be in charge of a team and orchestrate a winning season, most general managers work long hours and spend extended periods of time away from their families. Managing an entire sports organization is a job that does not stop once the game has ended, with GM’s often working through the night to improve their teams. In addition, there is a lot of pressure associated with the general manager position. Team owners and fans expect the team to win and are quick to blame the general manager if anything goes wrong.

General manager salaries vary across the league, with the best and most proven GM’s receiving the highest yearly paychecks. However, the average salary for an NBA general manager is between $1-3 million per year.