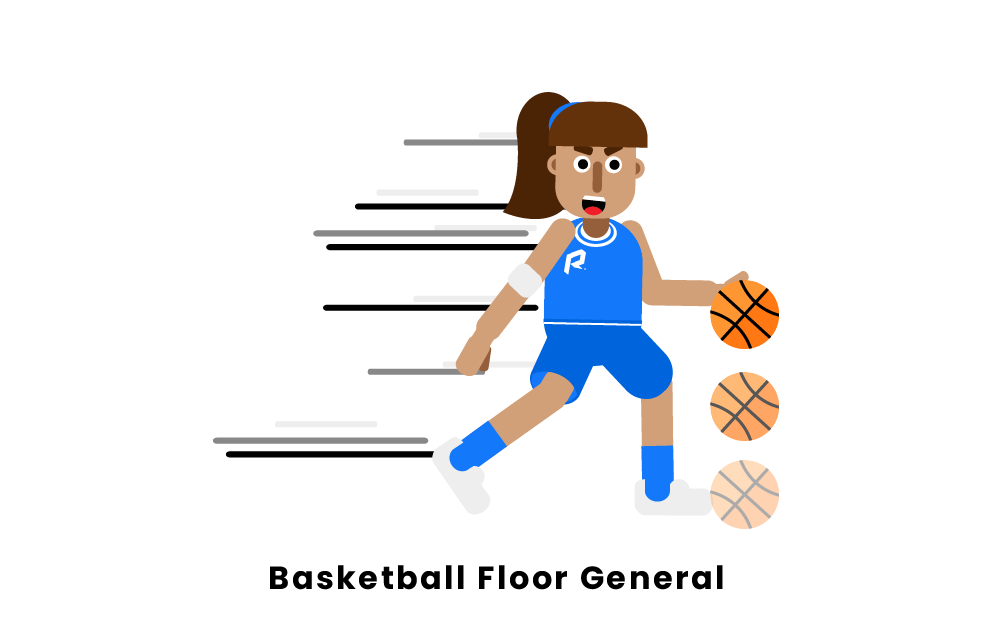 A floor general in basketball is the player on the offense who is in charge of running the offense and is the primary ball handler. In most cases that is the point guard (PG) position, but it can be any of the five positions.

What Does a Floor General Do?

The point guard is usually the leader on the court, they coordinate plays, tell other players what to do, control the pace of the game, and most importantly handle the ball.

Floor generals have the ball in their hands for the majority of possessions on offense for a team. They must be able to dribble well enough to not turn the ball over, as well as be able to pass to set up teammates for easy baskets.

Floor generals are expected to be leaders. Basketball teams do not have official captains as other sports do, but if they did, floor generals would most likely fill that role. A good floor general keeps their team in line, motivating them as well as organizing them on defense and offense.

Another responsibility is to run the offense by calling and executing plays. A floor general must be aware of the situation of the game to call the right play. On top of that, they are in charge of making sure the play is executed properly. That means they ensure everyone is in the right spot on the court and the ball goes to where it needs to go.

Controlling the pace of the game is extremely important for teams, and often the team that plays at the tempo they like, wins the game. The person with the ball the most (floor general) is in charge of making sure their team plays as fast or slow as the coach would like.

Who are the Best Floor Generals?

Now we’ll talk a little about some players who are known for controlling the game for their team.

Magic Johnson played for the Los Angeles Lakers during the 1980s to the 1990s. He was a part of one of the greatest dynasties in NBA history, The Showtime Lakers. They won five championships together, and Magic ran the show.

Chris Paul has played for the Los Angeles Clippers, and the Houston Rockets, as well as his current team The Oklahoma City Thunder. Paul is known for his high assist numbers and that is a testament to his ability to set teammates up as well as facilitate the offense.

Steve Nash is most well known for his time with The Phoenix Suns in the 2000s. He was the general on one of the most efficient offenses in NBA history. His decision making skills and ability to push the pace of the game land him in this conversation.