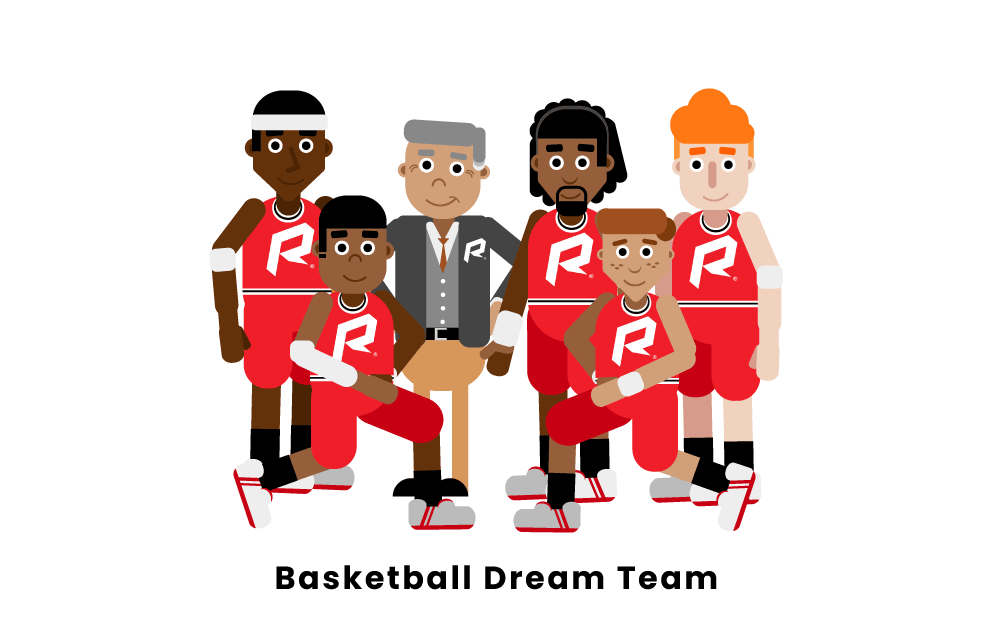 The dream team in basketball is a nickname for the 1992 USA Olympic basketball team. 1992 was the first year that the United States fielded an Olympic team with professional basketball players, after being upset by the Soviet Union in the prior Olympics who had cheated around the rules in order to use their own professionals when the amateur rule still applied. The Dream Team is considered the best sports team ever put together.

The team featured 11 NBA players and one college athlete. The roster included co-captains Larry Bird and Magic Johnson of the Boston Celtics and Los Angeles Lakers, Michael Jordan and Scottie Pippen of the Chicago Bulls, John Stockton and Karl Malone of the Utah Jazz, Clyde Drexler of the Portland Trail Blazers, David Robinson of the San Antonio Spurs, Charles Barkely of the Philadelphia 76ers, Chris Mullin of the Golden State Warriors, Patrick Ewing of the New York Knicks, and Christian Laettner of the Duke Blue Devils.

The team was coached by Chuck Daly.

The Dream Team was historically dominant on their way to winning the Gold Medal in Barcelona. They averaged 117.3 points per game while only allowing 73.5, an average margin of victory of 43.8. Even the gold medal game against Croatia was a 32 point blowout. Charles Barkley was the leading scorer over the course of the tournament with 18 points per game.

Every player on the team was inducted into the Hall of Fame except for Christian Laettner, but the team itself was also inducted.

Their Olympic run will almost certainly never be matched as it is far and away the greatest team accomplishment in basketball history.