A 'bucket' in basketball is a slang term for a made shot resulting in two or three points, depending on where the ball was shot from. The exact origin of the term is unknown, although it is likely derived from the early days in which basketball was first invented by tossing a ball into a peach basket. 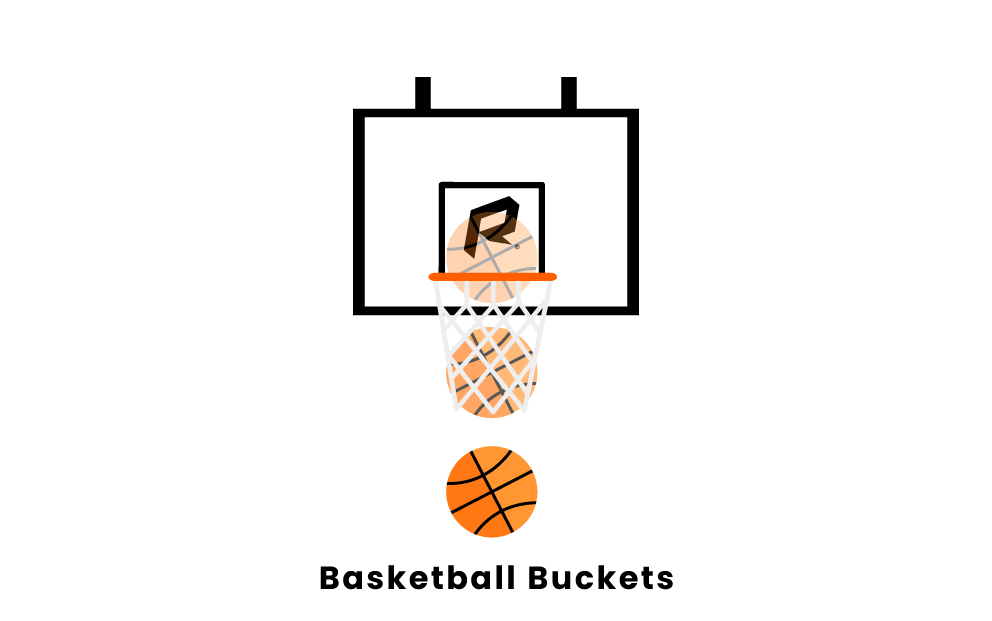 The term 'bucket' is not used merely to describe a shot attempt. In order for a shot to be considered a bucket, the ball must go through the hoop that is attached to the basket. Buckets can come in all different forms, including layups, jump shots and floaters (tossing the ball up mid-stride). Shots made from inside the three-point line (the arch that stretches across the court) are worth two points, while shots made from behind the line are worth three points.

'Buckets' can be incorporated into basketball conversations in a variety of ways, both by players and announcers alike. While watching a game on TV, you might hear the announcer say something like "count the bucket," which simply means that a player has made a shot that will add points to the team's total on the scoreboard. You also might observe a player being referred to as a "walking bucket," meaning the player is very talented and scores multiple baskets throughout the course of a game.