A brick in basketball is when a very poor shot attempt hits only the rim or the backboard and does not go in the net. The term refers to the basketball falling from the backboard or rim like a brick, since it was so poorly thrown toward the basket and falls so quickly.

What Shots are Considered Bricks?

The term 'brick' is used to describe a lot of different shots in basketball, but which are actually considered bricks? Traditionally, a brick is considered a shot that has absolutely no chance of going into the basket and instead hits the rim, backboard, or both and quickly travels toward the floor. No one wants to shoot a brick but they are very common in most games of basketball.

In the case of a player who is having a bad game and consistently missing shots, the commentators, fans, or spectators may call him or her a 'bricklayer,' referring to the fact that they have been shooting bricks the entire game. Though all of those missed shots may not exactly be bricks, the term's negative connotation carries over to players who are simply shooting poorly. No one wants to be the bricklayer, so make sure to keep working on your shooting skills! 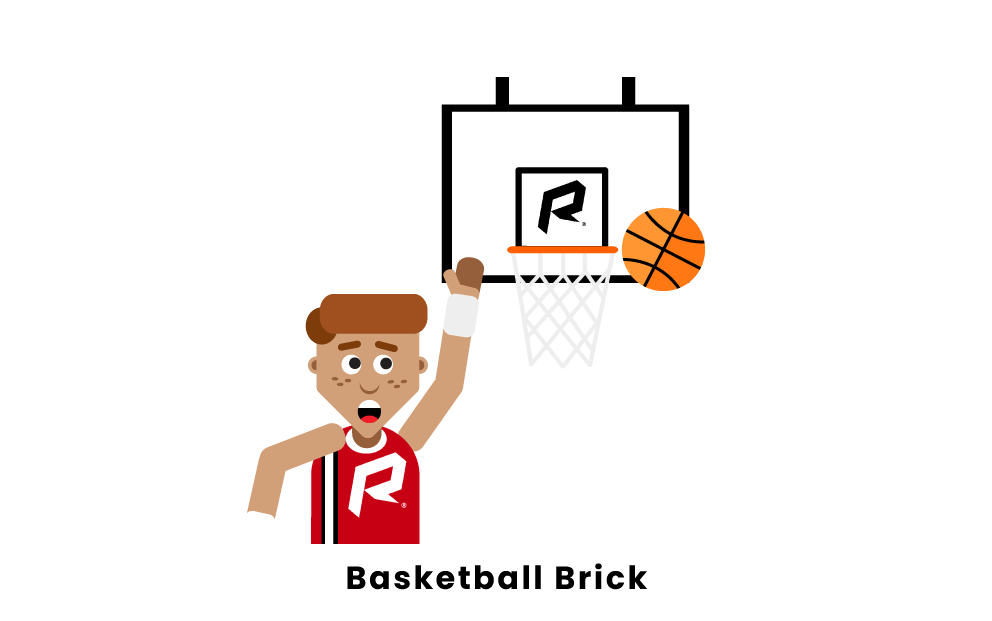