A breakaway in basketball is the act of obtaining the ball while on defense and moving quickly past all players on the opposing team to make a shot. This is also known as a fast break. Read more to learn everything you need to know about breakaways.

A breakaway begins on defense, when the defender obtains the ball, usually through a steal or as the result of a turnover. The start of a fast break must be rapid so that the offense can get the ball down the court before the defense is able to catch up. The player who gets the ball has to either begin dribbling toward their basket or pass the ball forward to another player on their team that is further down the court.

A fast break can include one or more players on the offense, depending on how they choose to play it. If one player steals the ball, they may choose to take it down the court alone or pass it on to another player. Since a breakaway involves trailing defenders, the majority of players will go for the easiest shot available to them. For most players that is a layup, but for professionals and high-level college players, that could be a dunk or alley-oop. Either way, the result is almost always two points scored.

Some players may have the option to advance the ball for a breakaway but choose to slow down the play instead. If the team has shorter or slower players, the odds of succeeding on a fast break are lowered for them. Make sure to pay attention to your competition to know what the right choice is for you and your team! 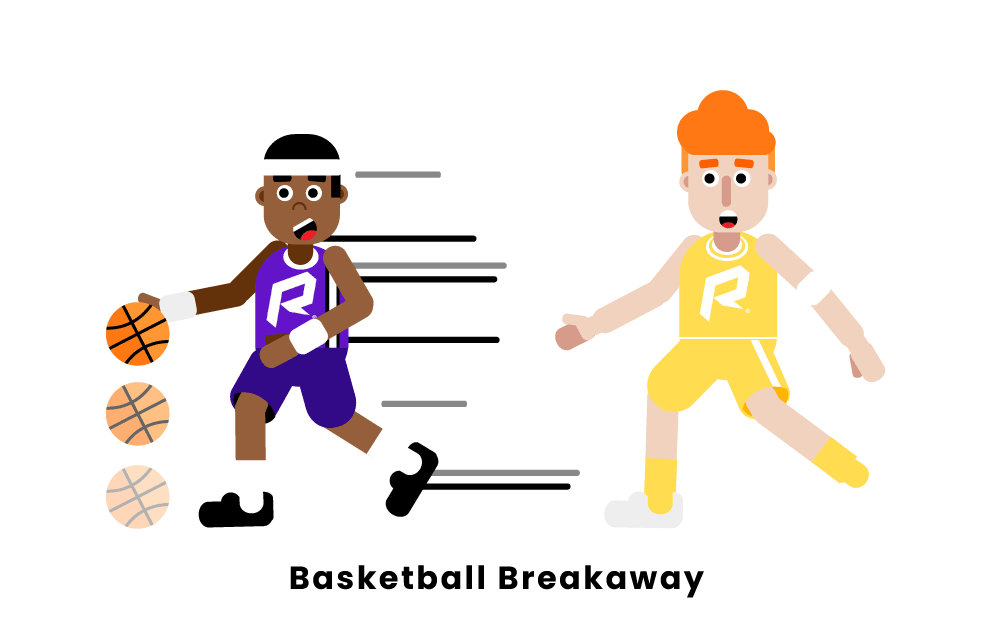