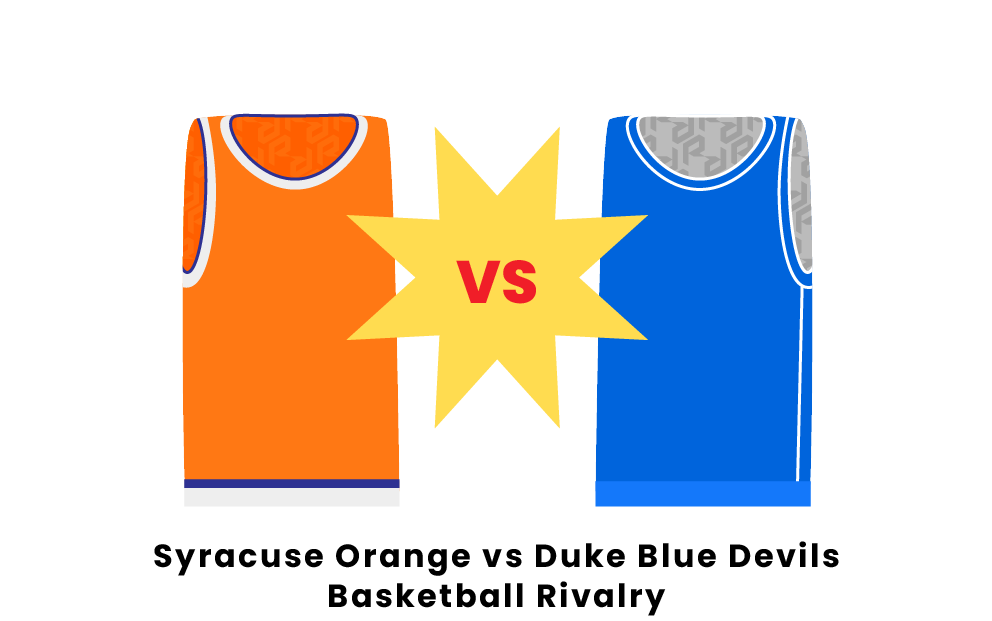 The rivalry between the Syracuse Orange and Duke Blue Devils in basketball is an important one to know. The Atlantic Coast Conference features some of the biggest and best names in collegiate basketball, along with some of the most famous coaches of all time. Jim Boeheim, head coach of the Syracuse Orange and Duke Blue Devils head coach Mike Krzyzewski, also known as “Coach K”, are two of the most decorated coaches of all time. This has sparked a fierce rivalry between the two school’s basketball teams.

The Syracuse Orange and Duke Blue Devils have produced some extremely entertaining games since they started playing each other in the ACC every year. Perhaps one of the most famous matchups between the two teams took place in 2017 when the Blue Devils travelled to Syracuse to play a conference game in the Carrier Dome. The game was highly contested through its entirety, and came down to the last second when Syracuse guard John Gillon hit a buzzer-beating three-point shot to win the game.

Why are Duke and Syracuse basketball rivals?

Syracuse University and Duke University men’s basketball team’s are considered one of the most high profile rivalries in college basketball. The two programs are coached by two of college basketball’s all-time greatest coaches, hall-of-famers Jim Boeheim and Mike Krzyzewski. Both teams play in the Atlantic Coast Conference (ACC), which means their matchups are highly valued in terms of inter-conference record. Additionally, Syracuse and Duke basketball games have a history of epic finishes and close contests, adding to the excitement surrounding the rivalry.

How old is the Syracuse and Duke basketball rivalry?

While both coaches Mike Krzyzewski and Jim Boeheim had been coaching for more than 30 years, they only recently started playing one another when Syracuse joined Duke in the Atlantic Coast Conference in 2013. This is regarded as the point in time when the rivalry between the two teams first began, as they now play each other at least once per season.

How often do Syracuse and Duke basketball play each other?

Syracuse and Duke play each other in men’s basketball at least once a year, over the course of the NCAA regular season. However, depending on the success of each program from year to year, the two rivals may also face off in the NCAA’s March Madness Tournament or the ACC Tournament any given year. Regardless, the Syracuse Orange and Duke Blue Devils take the court and compete at least once every season. They typically alternate venues each year, rotating between the Carrier Dome and Cameron Indoor Stadium.