Stalling in basketball is a tactic used by a team when they are winning the game and the final minutes or seconds are counting down. The team chews the clock when they have the lead in order to win the game and not allow the other team a chance to score and catch up. Stalling can be frustrating for the defense and for the spectators, but can be very effective for the offense.

Why Do Offenses Stall?

If a team is winning by a few points in the last minutes of the game, they do not want to give the opposing team a chance to score and tie the game or take the lead. By taking longer on offense, the winning team can run down the clock so that if the other team gets the ball, they will have less time to make the shot or shots that they need to. Stalling does not always work, since the defense may steal the ball or hit a last-minute shot, but it can be a useful tactic for some teams. 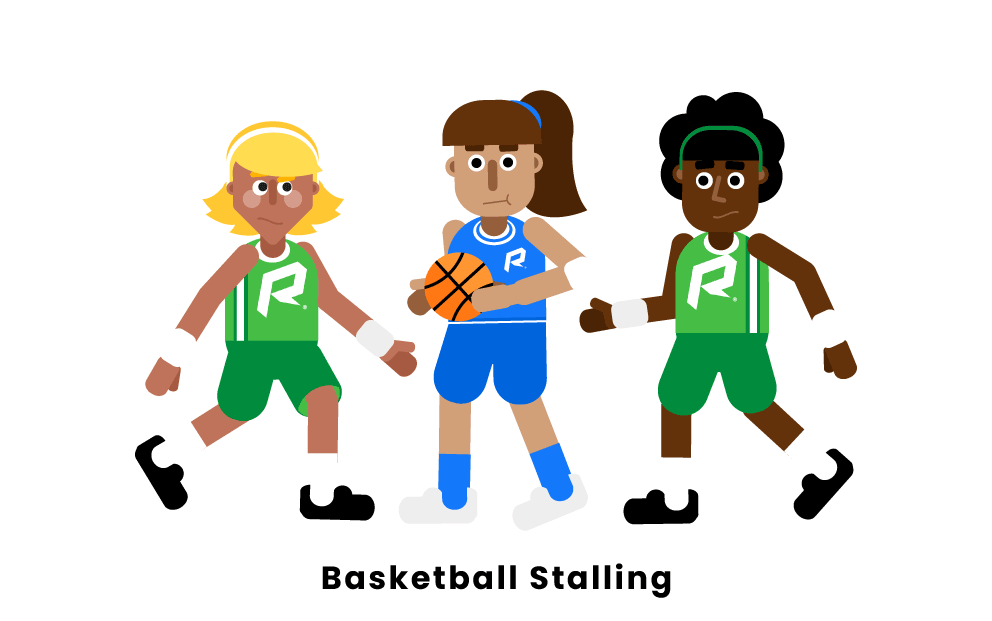 How Do Offenses Stall?

The most typical way for a team to stall on offense is to utilize the Four Corners Offense, made famous by UNC Men's Basketball coach Dean Smith. This calls for the point guard to bring the ball up to his or her side of the court, dribble in place until someone comes to defend him or her, drive to the center of the court, and pass the ball off to a teammate who will repeat the process. Players will stand in the four corners of their side of the court, with one player at the top of the key, and try to move the ball around as much as possible with screens and passes. Once the shot clock winds down, the offense will look for an easy shot to take, preferably a layup.

The offense will likely repeat this process each time down the court, though it can become harder to execute when the defense is expecting it.