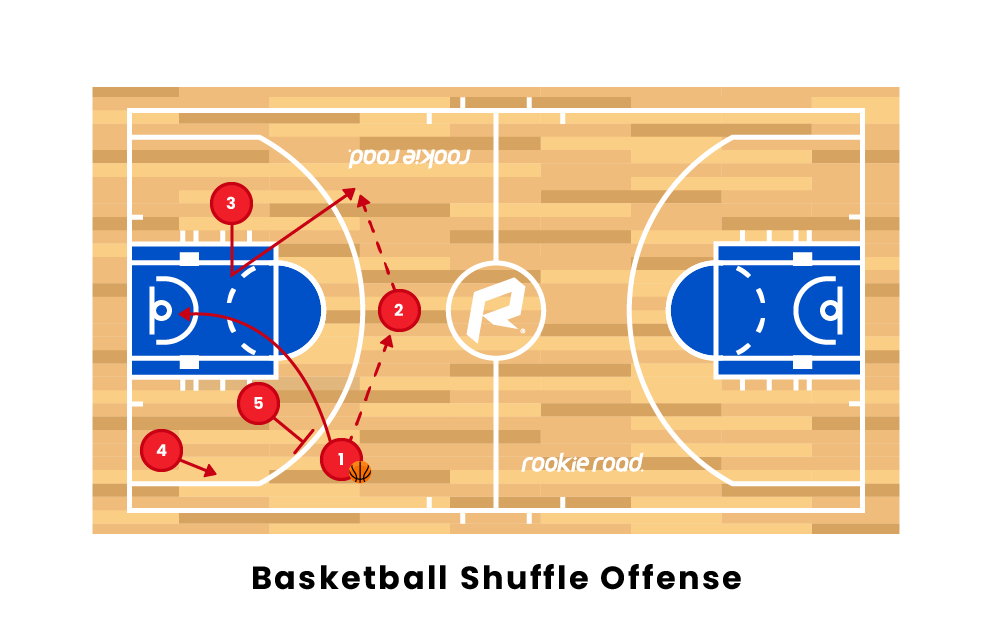 In basketball, the shuffle offense is an offensive play developed by coach Bruce Drake in the early 1950s. This offense has continuity, meaning it can reset itself to be quickly repeated if it fails to produce a good shot. There are countless variations to the shuffle offense that are used by many different coaches, but we will be focusing on the main shuffle here.

While many offenses have established roles for each position (often numbered 1 through 5), the shuffle does not. This is because the continuity of the offense means the positions could change after the play resets. The positions for this offense are called the first cutter, second cutter, point, feeder, and post. However, we will use numbers to demonstrate the movements of specific players more easily on diagrams. 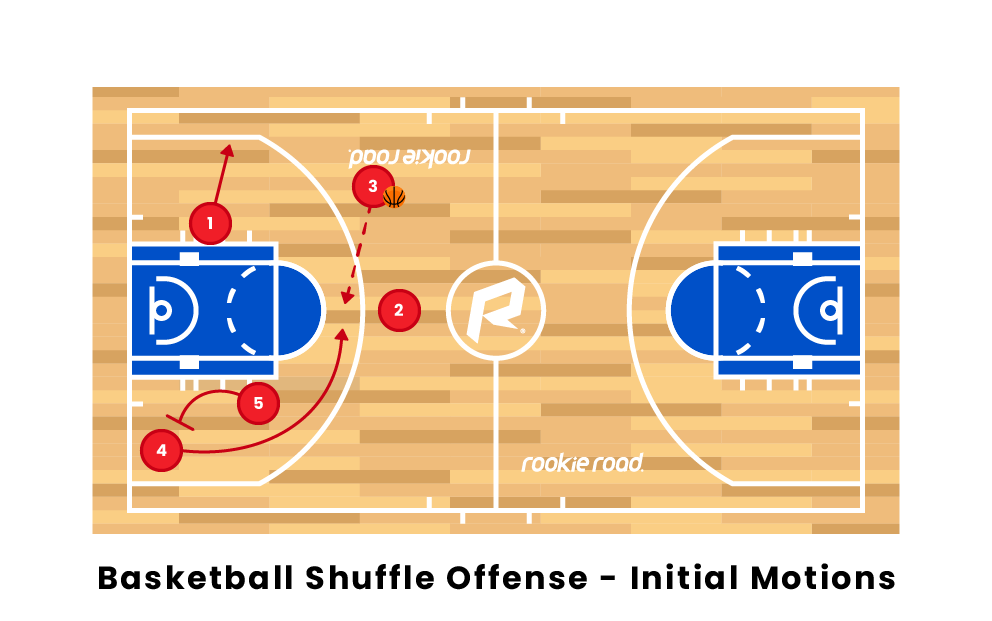 The shuffle offense begins with the 1st cutter bringing the ball up the court to the wing before passing to the point at the top of the key. As soon as this happens, the feeder fakes toward the basket and cuts to the wing to receive a pass from the point. While this is happening, the post sets a screen for the first cutter.

If no opportunity presents itself from any of these movements, the post sets another screen for the second cutter, who has been waiting in the corner. The second cutter uses this screen to cut to the center of the floor, ideally receiving the ball at either elbow, while the first cutter clears out to the wing to give the second cutter more space.

The goal of an offense is not to get through the entire play; it is to get an open shot. If an open shot appears at any point during this play, it should be taken.

If no clear chances result from these previous movements, the point sets a screen for the post, and the roles change as the play resets from the other side of the floor. 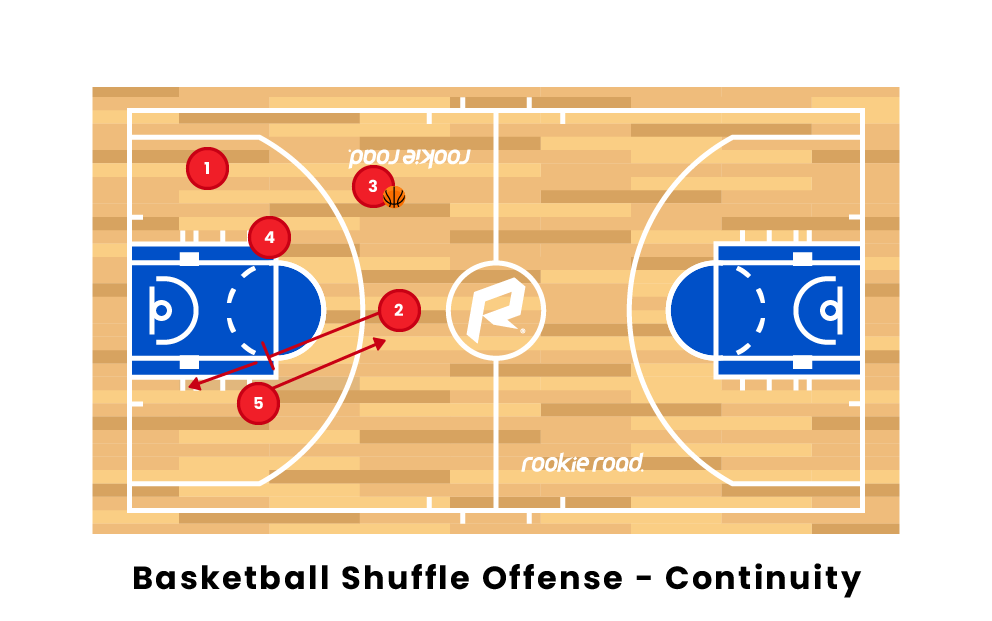 In this new setup, the role changes are as follows:

The shuffle offense is great for teams that often find themselves short on big men because as long as the players know every role, any player can play any position. For example, this play was often used by coach Bob Spear at the U.S. Air Force Academy because there was a height restriction on his team's players.

It also provides benefits for teams in competitions with longer shot clocks, such as in college or high school basketball, because the play can be run as many times as possible until an open shot is created.