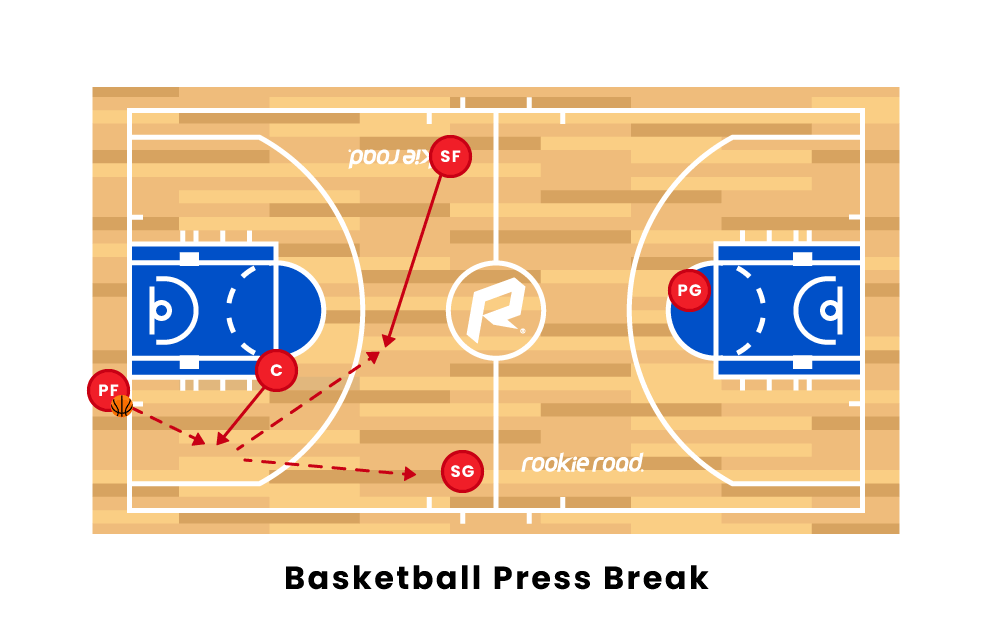 The Basics of the Press Break

A press break offense is any offensive set that is used to try and get the ball up the court against a full court or half court pressure defense. Many different alignments and players could be used to achieve the goal of moving the ball up the court without turning the ball over however no matter the lineup or alignment. All press breaks have the common goal of playing turnover free offense and hopefully scoring some easy buckets at the other end of the floor if the press is beat well.

Strengths of a Good Press Break

If a press break does not do its job, the defense can create turnovers and dictate the tempo being sped up very easily. If the press break offense speeds up, they can begin to turn the ball over as well as rush bad shots making bad possessions occur more often and swing the momentum of the game towards the defensive team that is pressing. The press break must stay composed and patient to prevent these bad events from happening over the course of the game.