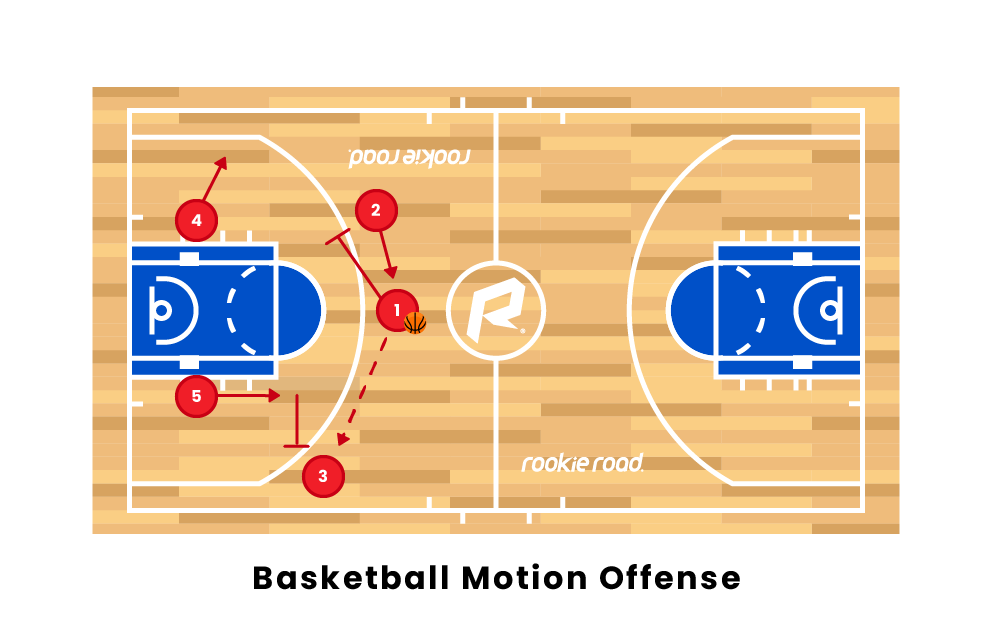 The Basics of the Motion Offense

The motion offense is a widely used offense in the game of basketball because of its versatility and the ease of learning the basic concepts within it. It differs from other offenses because it involves a set of philosophies and no plays are called throughout the game, the offense just flows using ball screens, cuts, passing, player movement, and good spacing. So, a motion offense incorporates the basic elements of offensive basketball and lets the players use them however they see fit. The type of motion offense depends on the number of players on the perimeter usually four out and one in or three out and two in.

Within a motion offense, there are several key points and strengths that lead to success using it. Since it is so general, if executed well it is difficult to defend and prepare to defend because it doesn't have set plays or player roles. It also involves every player on the floor so defenses cannot really slack off of an offensive player because all could shoot or cut or screen. Good ball movement and quick player movement will allow the motion offense to beat almost any defense there is whether a zone or man-to-man.

A motion offense involves lots of player and ball movement so staying compact and in front of the offensive players at all times is essential no matter the defense chosen to play against it. Disrupting the passing lanes and staying in front of cutters will also take away the main attacking elements of the offense and cause the defense to change its main scoring options and adjust. Limiting open looks is also important and contesting all shots just like against any type of offense along with these other strategies will lead to at least some defensive success.