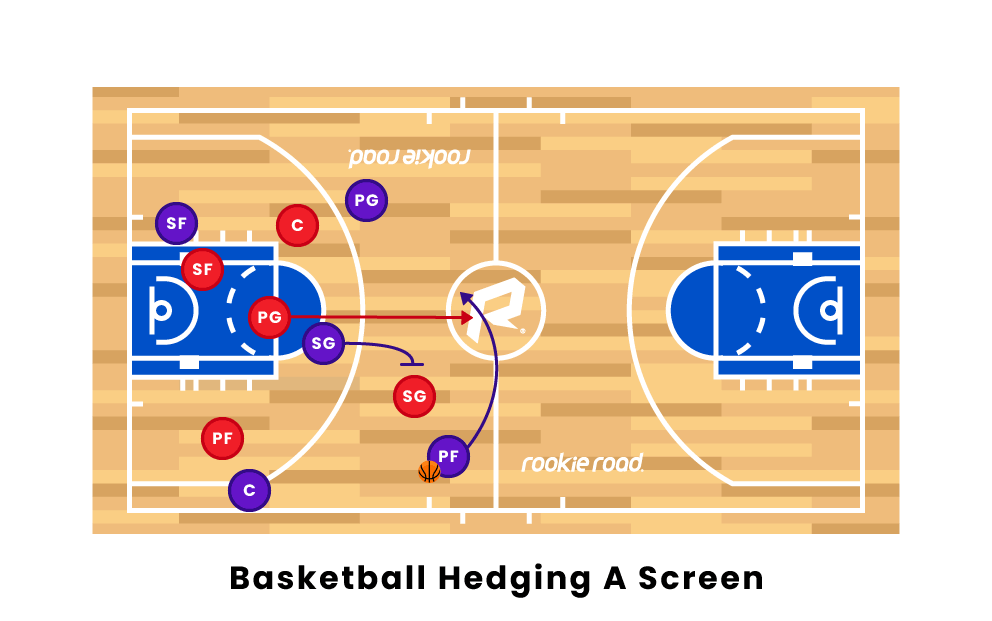 The Basics of Hedging

Hedging is a common defensive concept used when guarding against pick-and-rolls and screens. The defender who is guarding the offensive player who sets the screen jumps out higher than his man or "hedges" the ball handling offensive player giving his defender time to recover and stay with him. This is commonplace amongst teams using man-to-man defense and when executed well, can effectively eliminate the offensive gain that comes from a screen being set.

If the ball handler realizes that the other defender is hedging he has a couple of counter moves to make. He can try and dribble around the hedge quickly before it arrives and draw a foul. Or he can split the screener and the hedging defender giving himself an easy lane to the rim. He could also reject the screen catching the defense off guard which would allow for an easy pass to the screener whose defender is now on his back from the strong hedge.

Going along with a hedging defender, the primary defender of the ball handler has two choices to make, either to go over following the ball handler or under the screen to meet him around the other side. The choice depends on the strength of the offensive player because if he is a good shooter then his defender should go over not allowing for a shot but if he isn't a strong shooter then going under is the best bet to keep the offense in check.