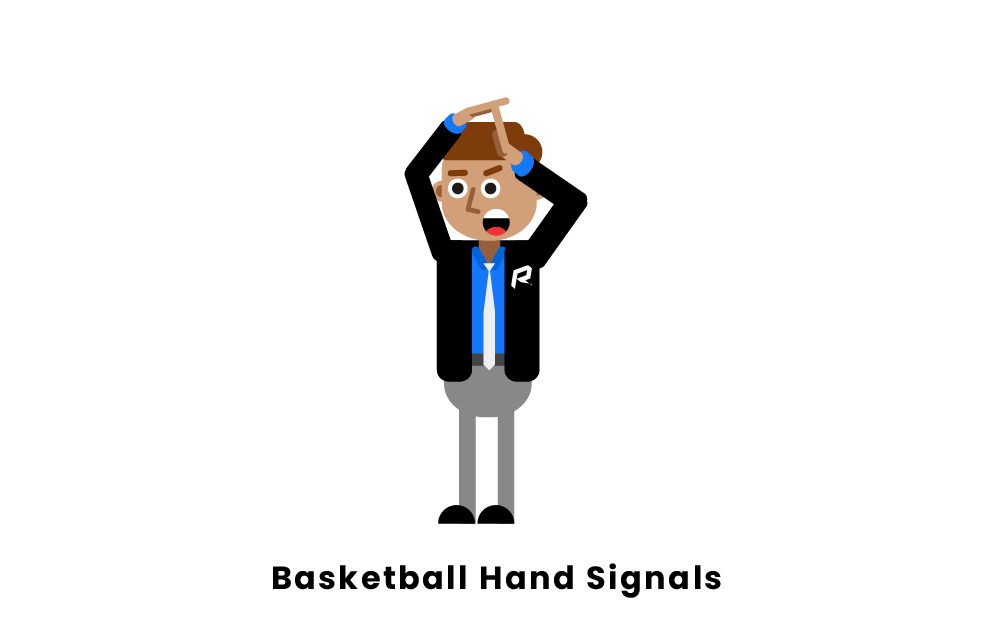 Hand signals in basketball are used by referees, players, and coaches to communicate non-verbally. Basketball games can become loud environments, with fans cheering, music playing, and announcers calling the game, which makes verbal communication from a distance challenging at times. Hand signals have been used for years in basketball to help make communication easier. They are used by referees to communicate a foul or violation call, by a player to instruct their teammates on the court, or by coaches to signal what play to run on offense or defense. 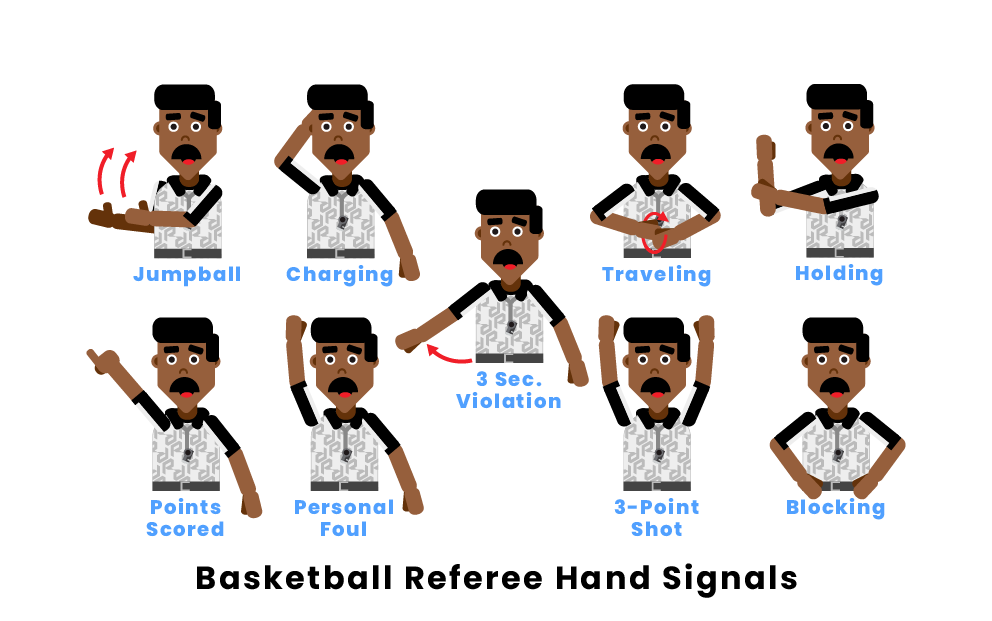 Referees are constantly using hand signals on the court. Each signal represents a foul call or an action that needs to be communicated. These hand signals allow players, coaches, and statisticians to understand the call that was just made, in spite of spectator noise in loud environments.

Below is a list of the most common referee signals in basketball: 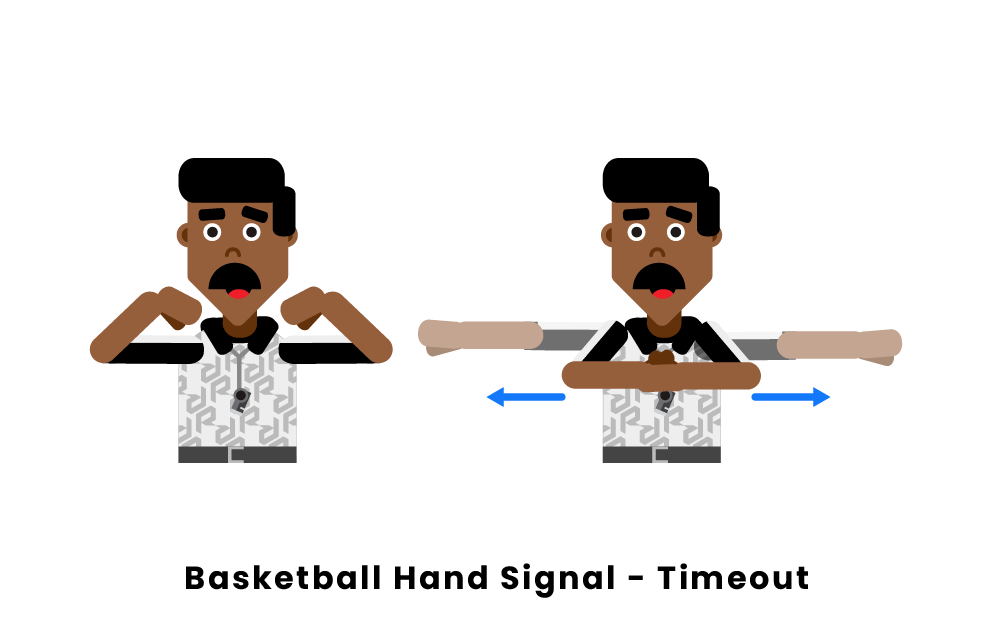 In order to call a timeout, either a player or coach must signal it to the referee. This can be done with a hand gesture. Both arms are put outward laterally to form a “T” with the body. 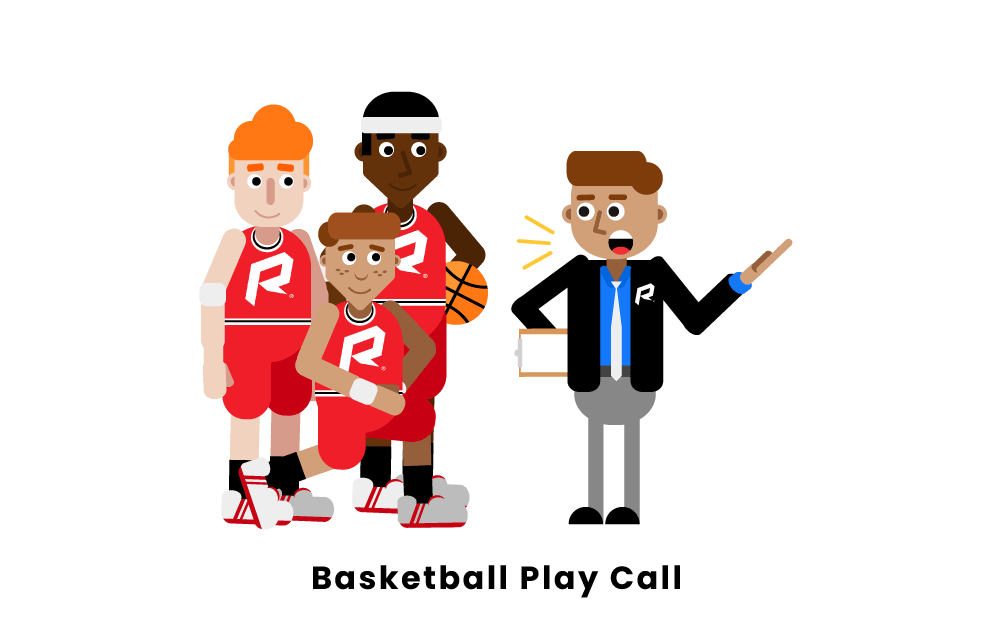 Hand gestures are an excellent way to simplify calling plays and establish a method for communicating them. A lot of teams assign plays to certain numbers. That way, when a point guard wants to run a specific play, it is easy for them to communicate what it is to the rest of the team. They just need to hold up the number on their fingers that is assigned to the play.

Some teams call plays with complex hand gestures to give more options than just five fingers worth of plays. It also makes it harder for the defense to pick up on signals and anticipate what is coming before they see it in real-time.

Call for a Pick Signal 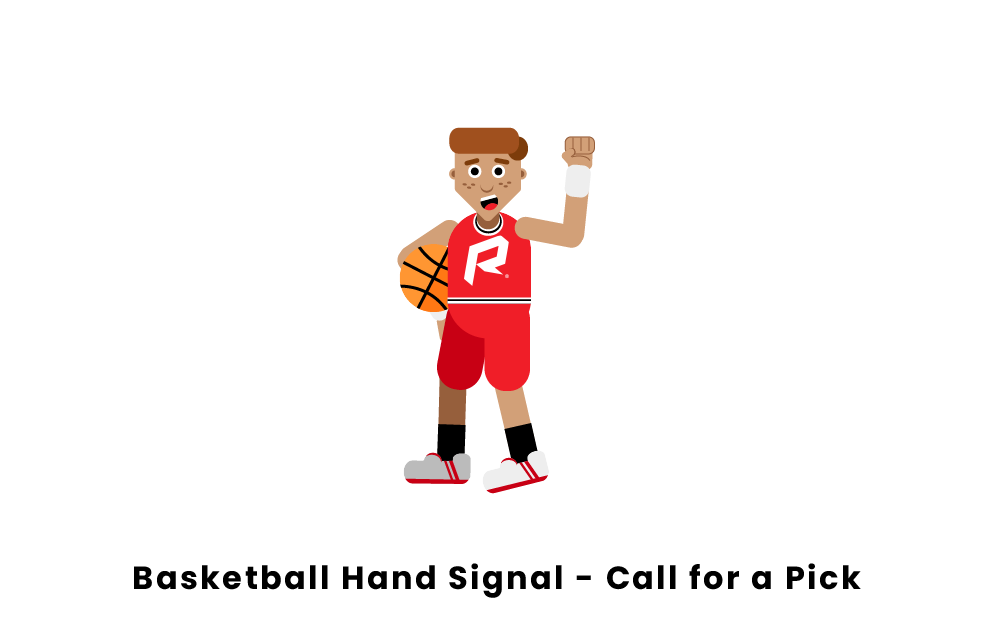 A common hand gesture used in basketball is when a player calls for a screen or pick to be set by a teammate. To call for a pick in basketball, the ball handler will raise a fist in the air, signaling for a teammate to set a screen near them. While this motion is almost universal in the sport, some teams will have unique signals for pick and rolls, which are predetermined before the game. Pick and rolls are an integral part of offensive strategy in basketball, so this is a hand signal with major significance throughout the game. 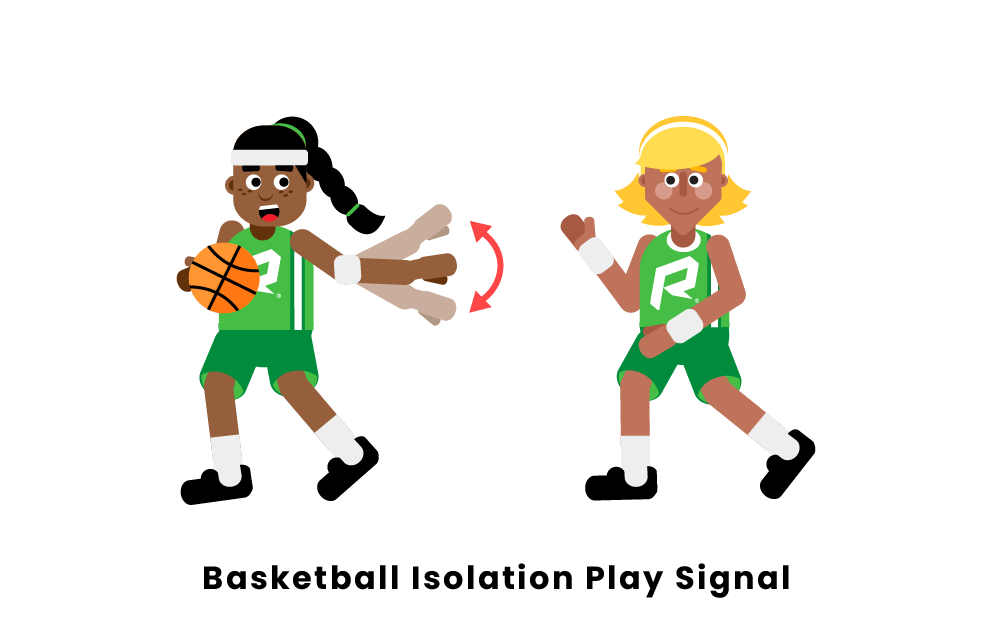 Isolation is a term used to describe when an offensive player wants to go one-on-one against the defense. When a player wants to call for an isolation play, they will wave their hand as if shooing away their teammates, signaling for teammates to clear the area. This motion is also done when a ball handler does not want a pick set by their teammate.

A lot of players also use hand signals while celebrating during the game. A common celebration is extending the pinky finger, ring finger, and middle finger while connecting the index finger and thumb to celebrate a three-pointer. There are also a good deal of personalized celebrations devised by players. Some of the most noteworthy personalized celebrations belong to Carmelo Anthony, J.R. Smith, and LeBron James.

Custom handshakes are also popular. Players like to have unique handshakes with each teammate and often break them out during pregame introductions.

What does it mean when a basketball referee holds up their fist?

When a basketball referee blows the whistle and holds their fist up in the air, they are signaling a foul and stoppage in play. The referee will typically point at the player who committed the foul with their other hand. They will then signal to the scorers’ table the specific foul call and the number of the player who it was called on.

What is Carmelo Anthony’s signature celebration?

Carmelo Anthony is known for being one of the most dangerous scorers in NBA history, with his own unique celebration. Whenever Anthony makes a three-pointer, he makes a hand motion with three fingers and taps on the side of his head repeatedly while running back on defense. This hand signal has become one of the most popular celebrations in the basketball world, with players of all ages and skill levels imitating some variation of Anthony’s famous gesture.

Why do referees use hand signals in basketball?