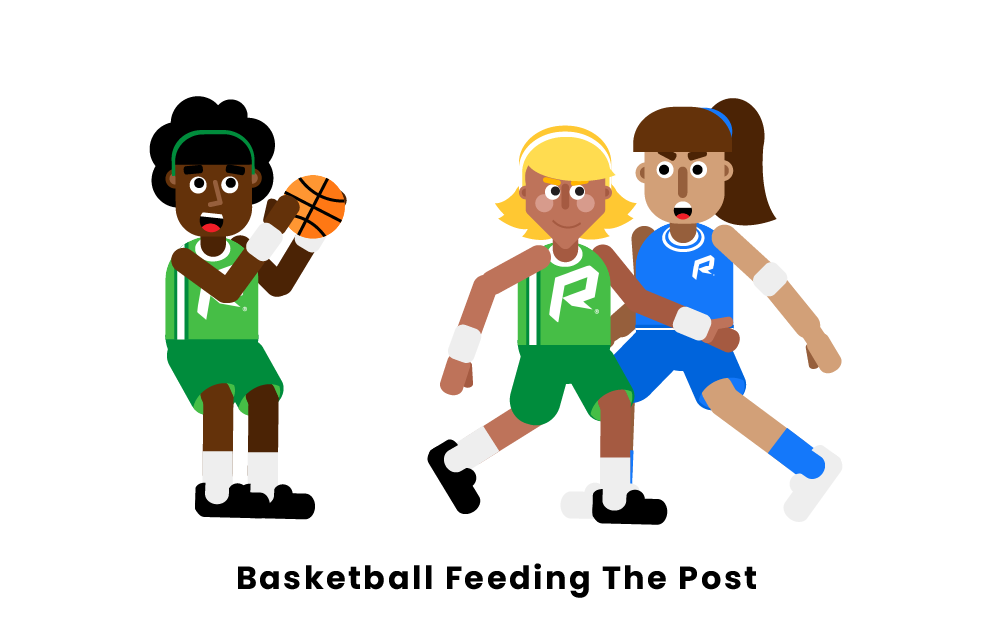 Feeding in basketball is a term that is used to describe an offensive player passing the ball to a teammate. The term is best used when a particular player is on a hot streak and scoring in bunches, prompting the offense to continue to ‘feed’ that player until the defense figures out a way to limit the player’s production.

The most common variation of ‘feeding’ a player the ball involves the point guard (a team’s best dribbler and primary ball handler) passing the ball to the team’s power forward or center (generally the tallest and strongest members of a team). Due to their height and strength, power forwards and centers will often stand in a spot known as the post, which lies at the bottom of the box-shaped, painted area near the opposing team’s basket. After receiving a pass, post players can utilize a series of moves and fakes to gain separation from defenders and shoot the ball into the hoop from close range.

Every now and then, post players will get into a ‘zone,’ in which the basket seems to become wider and they have a great feel for scoring the basketball. Offensive players are incredibly hard for the defense to stop once they become locked in and find their confidence levels at an all-time high. This compels the ball handler to continually feed the post on each possession, passing the ball inside in order to maximize the team’s chances of scoring points.

Aside from a player experiencing a hot streak, mismatches are one of the main reasons why the offense will look to consistently pass the ball to a particular player. A ‘mismatch’ refers to the offensive player having a distinct height or speed advantage over the opposing defender. For example, if the offense manages to run a play that sends the defense into disarray, a shooting guard standing at just over six feet tall may get stuck guarding a 6’10 power forward. The offensive player is at an obvious advantage in the situation and will look to get the ball at all costs. If the roles are reversed and a speedy point guard is being guarded by a slower post player, the team on offense will look to exploit the mismatch by giving the ball to the point guard, who will likely dribble past the defender with ease for an open shot.