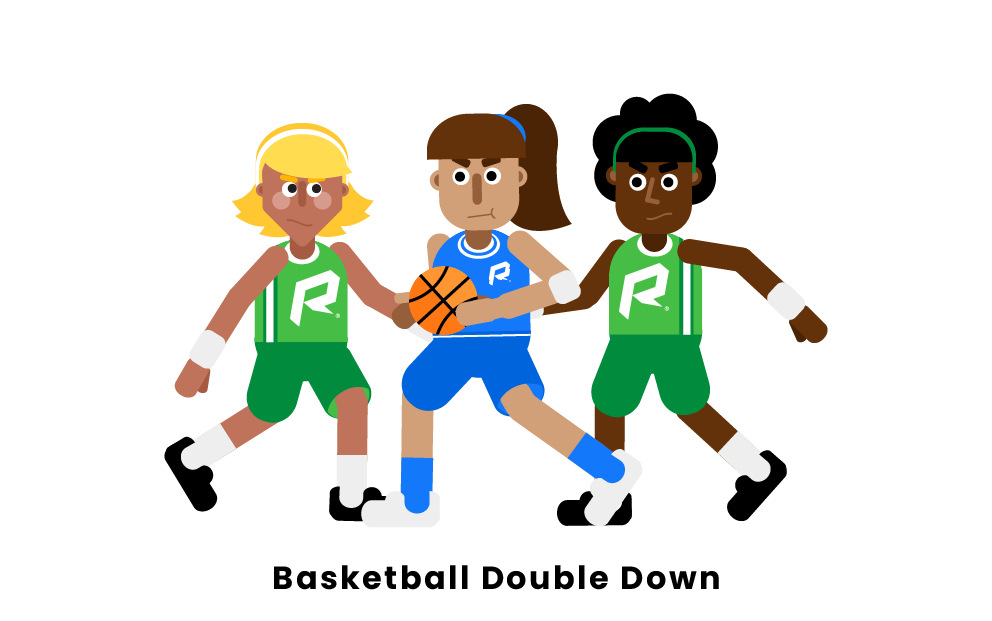 A ‘double-down’ in basketball is a strategy where two defensive players will defend against a single offensive player. Double-downs are similar to the more conventional ‘double team,’ however they occur in more specific instances.

When is a Double-Down Performed?

Doubling down usually happens when the ball is received by a talented offensive player in the post/painted area (box-shaped area that extends from the basket to the foul line). Especially if the player is on a hot streak and has scored points on consecutive possessions, the defense will temporarily use two players to prevent the opposing player from scoring. Ideally, a successful double-down will force the post player to give up the ball to a teammate or attempt an ill-advised shot that has a low probability of going in the basket. The choice to execute a double-down can either be called by the defensive team’s coach ahead of time or spontaneously decided upon by the players.

Which Defensive Players are Involved?

The two players involved in a double-down are the post player’s primary defender (the defender that has been assigned to guard that player in man-to-man coverage) and one of the defensive team’s guards. When the ball is successfully passed into the post, either the shooting guard or point guard will temporarily leave their assignment to help defend against the post player. Guards are generally shorter and quicker than the offensive players that spend most of their time in the post, allowing them to steal the ball during a double-down attempt.

Guards must use their speed to return to their assignments if the post player decides to pass the ball out. Otherwise, an opposing player will have a wide open shot, usually from behind the three-point line. Thus, doubling down is a risky strategy that requires a lot of anticipation from the defense. If the extra defensive player notices that the post player wants to keep possession of the ball and attempt a contested shot, it is more effective to remain in double-down position. However, the extra defender must also recognize when the offensive player is looking pass the ball out of the post, quickly vacating the area and tracking the ball’s movement.

Pages Related to Basketball Double Down