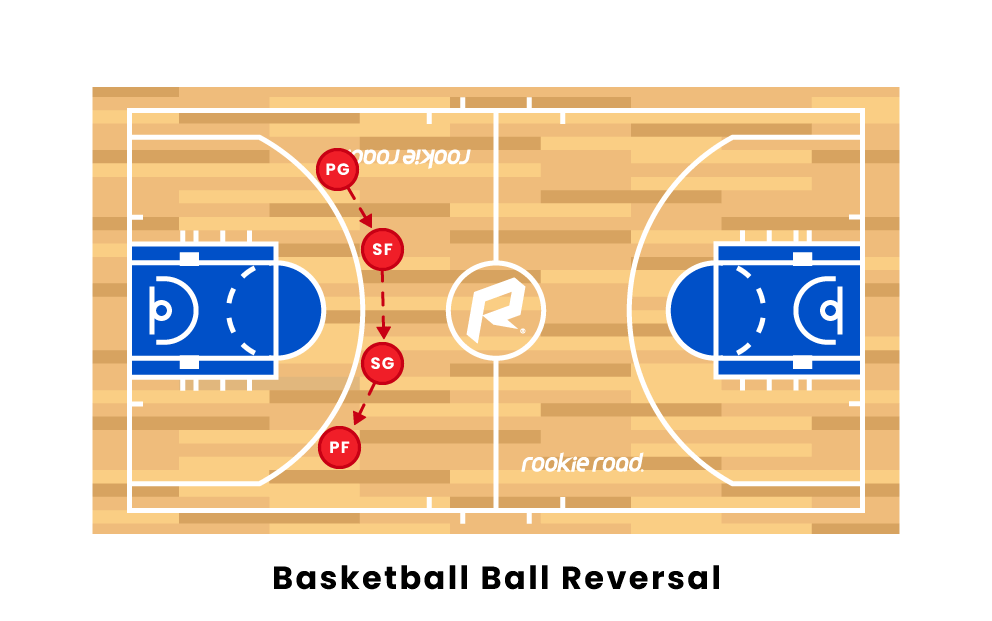 Ball reversal in basketball refers to the ball being passed from one side of the court to the other by the team in possession of the ball. When executed properly, ball reversal can cause the defense to scramble, opening up easy shots for the offense as a result. Ball reversal is performed when the team that controls the ball is in a half-court situation, meaning they have crossed the midline of the court and are trying to run a play to beat the defense.

The ball handler is standing in the middle of the court and passes the ball to the left/right to a nearby teammate, who proceeds to pass the ball back.

The ball is passed along to the wing (player standing in the corner behind the three-point line), then quickly reversed to the other corner of the court by passing from one teammate to another

Each player on the defense has what is known as an assignment. Whether this is a specific player to guard or area of the court to protect, each player has a defined role in trying to stop the team on offense. When the ball is quickly changing direction, the defense is forced to alter its plans, with each player simply trying to follow the ball rather than sticking to their assigned player and area. Once the defensive players are in disarray, it becomes easy for offensive players to either dribble towards the basket for a layup or pass the ball out to a teammate that has been left alone for a wide open shot.