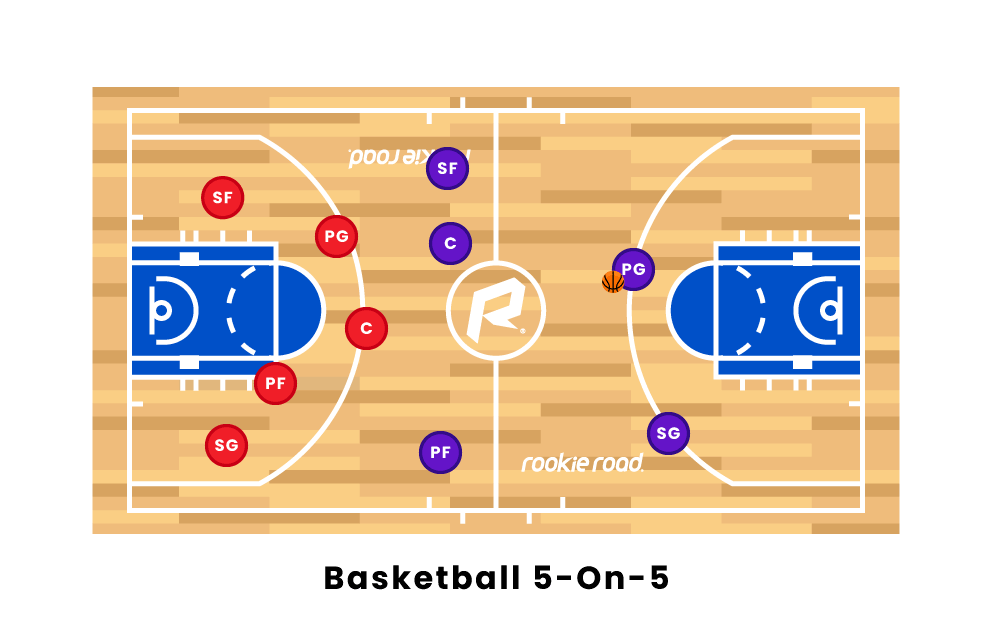 A game of 5 on 5 basketball is what most people think of when they think of a basketball game. 5 players on each team is the regulation amount in any type of organized basketball as well as many intramural and pickup games too. Usually, there are 2 guards, 2 forwards, and a center on each team when there are 5 players on the court at the same time. 5v5 games are almost always played in the full court and rarely in any setting will they be played in the half court.

The typical lineup used with 5 players was described above and is true with 2 guards, 2 forwards, and a center. Depending on the team and the situation, they may use 3 guards, and no center to go smaller and shoot the ball better. On other occasions, they will sometimes have a taller lineup with 2 centers and only 1 forward. Lineups in basketball depend on the strengths of the team as well as the opposing team's lineup and their strengths.

Pages Related to 5 On 5 Basketball