A 4-on-4 situation could occur in a fast break or full court portion of the game if one player from both teams is left trailing behind the play. Also, a 4-on-4 could be played as the maximum number of players on the court for a game. This might be used in an intramural, recreational league, or pickup games when the game is only played in a half court setting. A 4-on-4 game played in the full court is a rare occurrence in any sort of organized game. 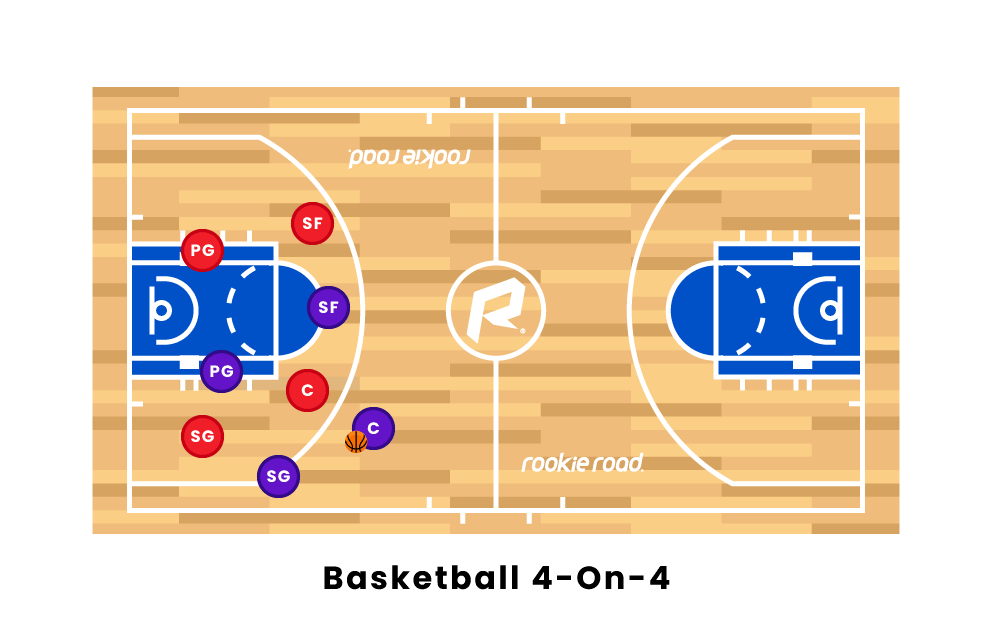 Offense in a 4-on-4 Setting

Playing offense in a 4-on-4 setting is quite similar to a 5-on-5 with some slight advantages. With fewer players, there is more space to create offensive opportunities meaning ball movement is essential to playing offense with 4 players. Fewer defenders on the court make it easier to create good open looks with good passing and spacing. Compressing the offense allows the fewer defenders to make shots harder to come by.

Defense in a 4-on-4 Setting

Both man defense or a zone defense could be used in a 4-on-4 setting. In a zone, a defense must make sure they are not stretched too far out, opening up the paint for easy high efficiency looks. However, they must contest shots as best as they can from all over the court. In a man defense, it should be played like any other man defense keeping in mind that there is more space, so help defense is essential to success.

Pages Related To Basketball 4 On 4