What is Block in basketball?

What is Block in Basketball?

A block in basketball is a successful deflection of an attempted shot by a defender. Defenders often play with their hands up or out, ready to stop any pass or shot attempts by an offensive player. Blocks can be made anywhere on the court, but are most commonly seen at the low post, close to the basket. That is due to the positioning of defenses, where taller players stand near the basket. Tall players have an easier time blocking shots than say a point guard, because of their long arms and large frame.

Block attempts are most often made by simply putting a hand up in the line of a player's shot or by swatting the ball in the air in its path toward the basket.

What to Worry About When Blocking Shots

Blocks are somewhat of a risky move by a defender. While they do have the chance of potentially erasing points from the other team, they can also result in a negative outcome for the blocker's team. Two of those negative outcomes are shooting fouls and goaltending.

There is a chance that the shot blocker may make contact with the shooter while attempting to block the shot. That results in a foul, and free throws for the offense. On top of that, the block can be called a goaltend, which results in the shot counting. That occurs if the ball is already on its way down in terms of its arc. With that being said, sometimes contesting a shot can be better than blocking it.

Shot blocking has always been apart of the sport of basketball, and some of the best shot blockers actually played over fifty years ago.

One thing that most shot blockers have in common is their height. Most of them are tall people, commonly with broad shoulders, and long arms. That combination allows them to reach further and get to balls easier.

Some of the best shot blockers in NBA history include Dikembe Mutombo, Kareem Abdul-Jabbar, Mark Eaton, and Hakeem Olajuwon (shown below) who has the most blocks ever in The NBA. 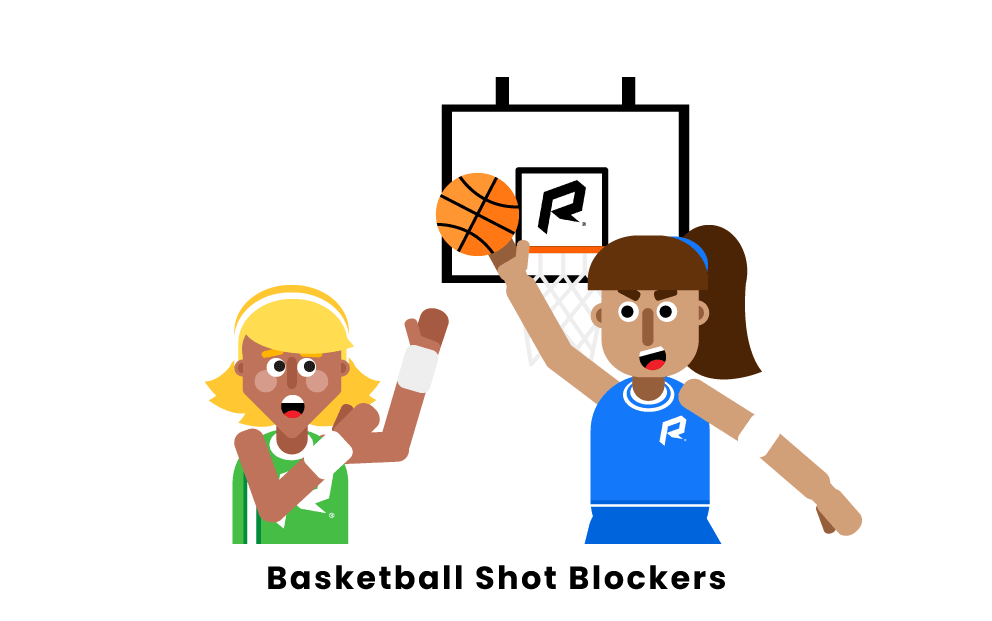 What is The Block In Basketball?

Block is also a term used to describe an area on the basketball court. It is referred to as "the block" and is located along the free throw lane close to the basket. It serves no definitive purpose other than providing a mark on the court to help players with their positioning. Most players post up in the block, and the square marking makes it easier to do so.