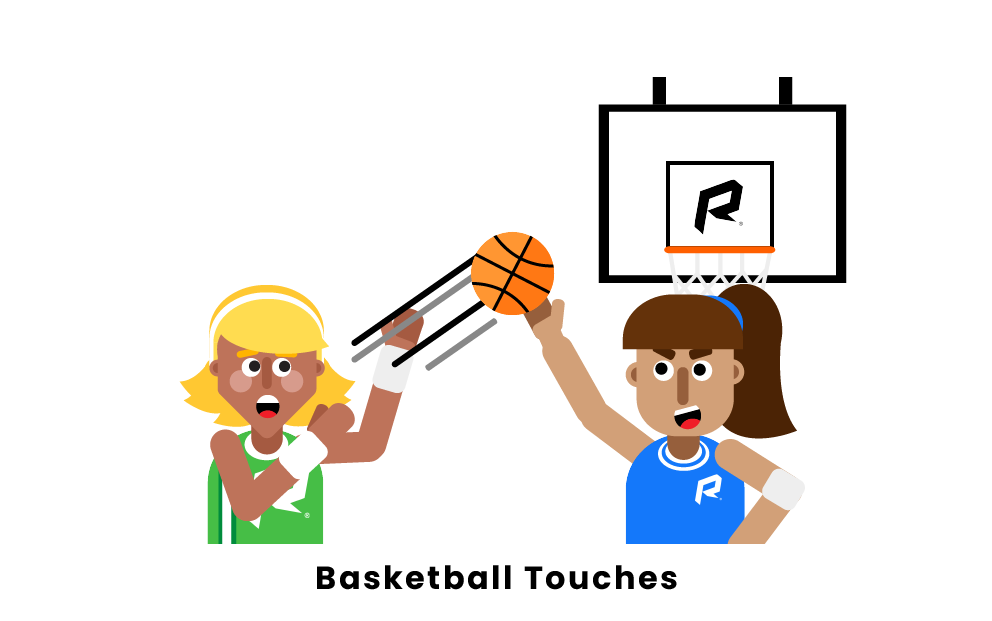 How to Calculate Basketball Touches

The formula for calculating a player's offensive touches is:

The four portions of this formula can be broken down into what a player can do when he or she receives the ball, minus dribbling. The first section, FGA, refers to the player's option to shoot. The second part is a player turning over the ball. The third portion, (FTA/ (Team's FTA/Opp PF), refers to the player drawing a foul. The last portion is for assists.

No one position in basketball will have more touches than any other position, since the statistic depends so much on who the players are and what they do with the ball. The best way to get touches in a game is to create space to receive the ball and to find the best options for passing or shooting. Taking a shot will get you more touches than just dribbling for long periods of time, getting you more involved in the offense and forcing you to be more productive!