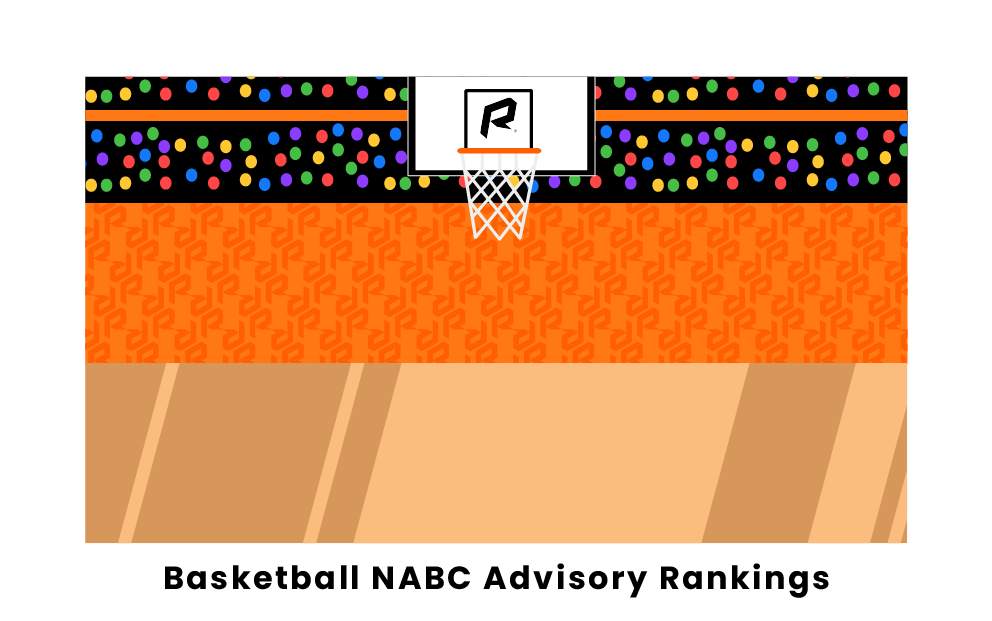 The Basics of the NABC Advisory Rankings

The NABC, or the National Association of Basketball Coaches, is one of the largest associations of coaches of any sport in the United States. The NABC Advisory Rankings is essentially the coaches poll done weekly of every Division II Men’s Basketball team in the country. It is very similar to the USA Today Coaches Poll done for the Division I schools just at the Division II level. There are multiple levels to the poll including both regional and national polls released at different times although both are done weekly throughout the season.

The poll is completed by 16 members of the NABC, 2 from each of the 8 regions that include all of the teams that could potentially be ranked. The 8 regions across the United States include Atlantic, Central, East, Midwest, South Central, South, Southeast, and West. All conferences and teams are included in these regions where they are ranked separately then the 16 members select the national rankings of the top 25 across all regions.

There are a few teams that since the inception of this ranking system a few seasons ago have been in it almost all the time. They include teams such as Northwest Missouri State, Indiana University of Pennsylvania, West Liberty University, and Point Loma Nazarene University who have won national championships or been strong contenders over the past 5-10 seasons.