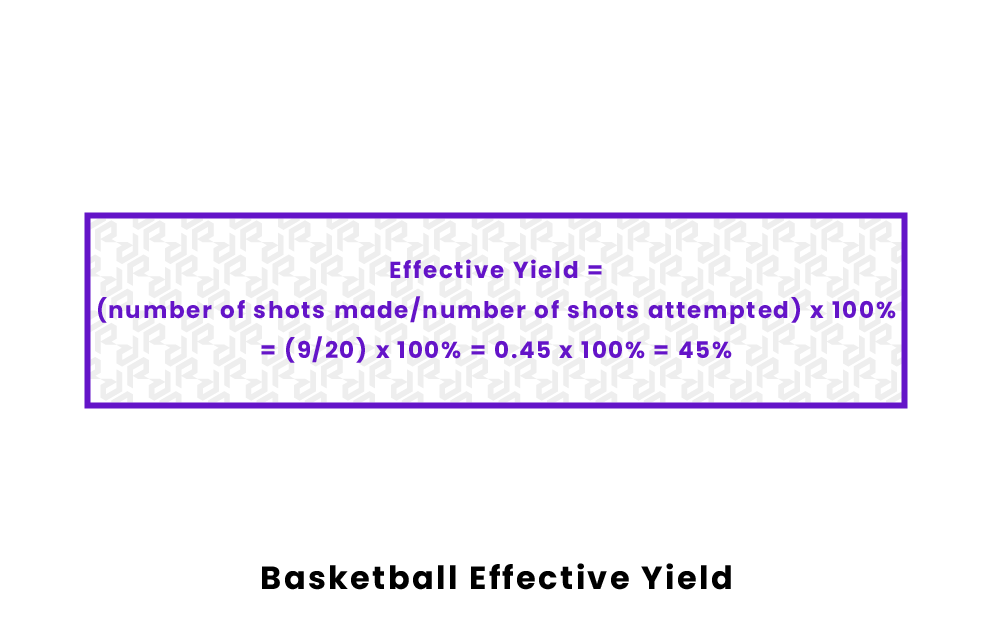 Effective yield is a single figure that compares a player's made baskets to their overall number of shot attempts.

For example, if a player takes 20 shots throughout the course of a game and makes 9 of them, the player's effective yield for that particular game would be calculated as follows:

Effective yield is particularly useful when trying to measure a player's overall efficiency with regards to shooting the ball. While a 40 point performance from a player might seem extremely impressive on the surface, a deeper look may reveal that the player had to attempt nearly 30 shots to get there. This is not considered an effective style of play, as it prevents teammates from touching the ball and using their talents to contribute to the team's scoring totals. Focusing on efficiency helps to identify the very best players in a basketball league, as the most skilled players have a tendency to provide themselves with open shots, causing their shooting percentage to be higher than players that simply jack contested shots from all over the court.

Note: Effective yield percentages are also available for teams as a whole, providing a glimpse of how efficient a collective group of players are at shooting the basketball.