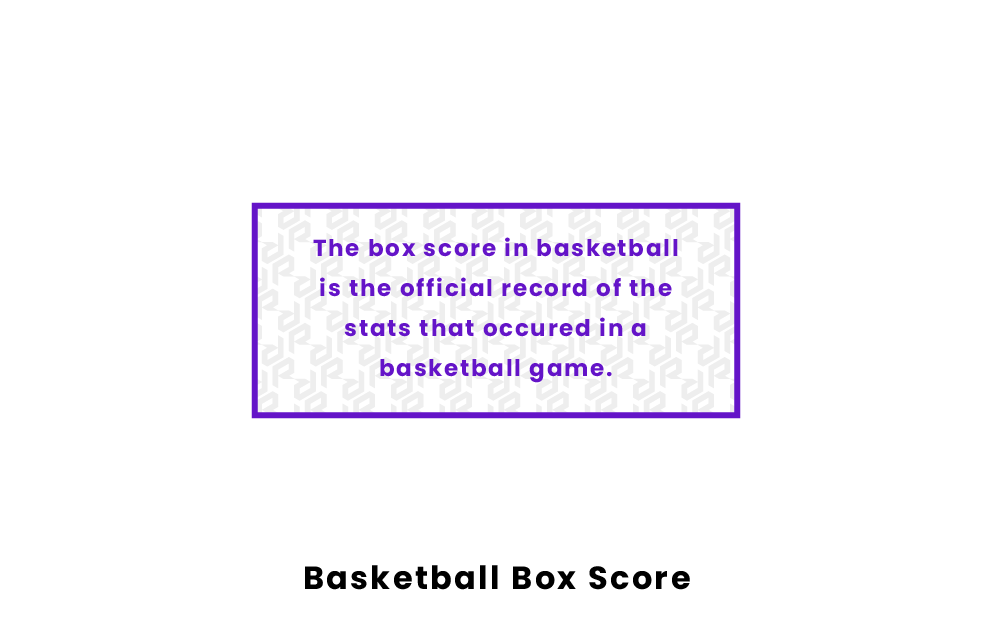 The box score in basketball is the official record of the stats in a basketball game. It is printed on a sheet, and contains information about both teams after the game. After halftime the sheet is given to both team’s coaches and after the game it is finalized and is published for the public.

What is in a Basketball Box Score?

The box score tracks each individual player's stats and puts it into an easy to read format. A player’s box score is often said to be their “stat line”. That comes from the formatting of a box score, because a player’s stats are displayed horizontally, giving the visual of a line.

How to Read a Box Score in Basketball

Once you know what you’re looking for, a box score is very easy to read. It Is broken up into sections, one for the home team and one for the away team. Now that you’ve read up on everything that is included, it is a good idea to understand how it all comes together. Try to view the box score as if you were a coach of a team.

Coaches make use of the box score to quickly find out the story of the game during halftime. Adjustments can be made if there is a large difference in one stat. Coaches also have certain stats that they think are the most important based on their gamplan. Some teams look to win the turnover battle while others try to have the most three pointers.