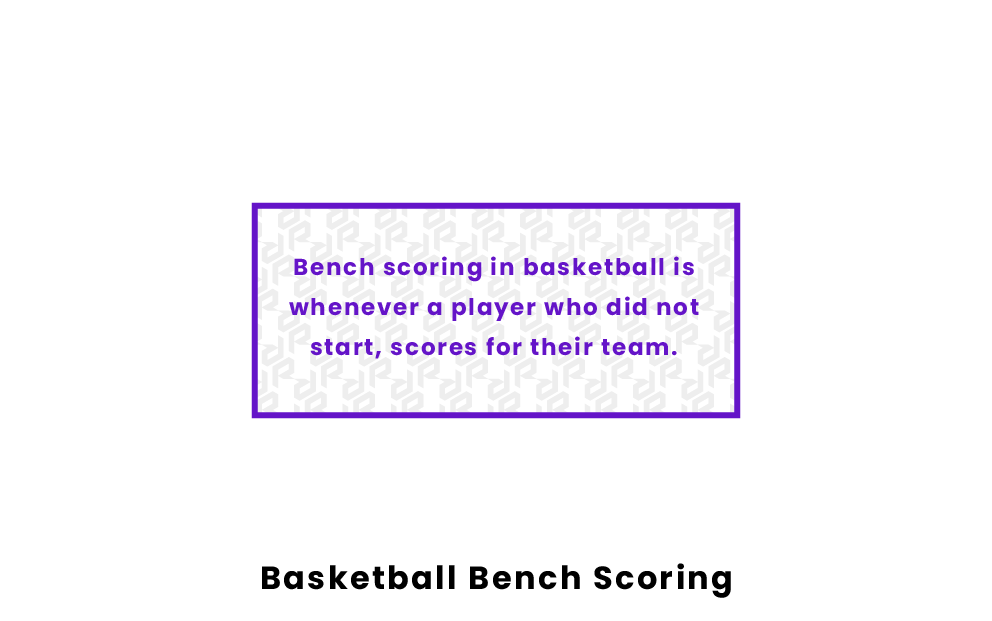 Bench scoring in basketball is whenever a player who did not start, scores for their team. A player who is not part of the starting five players is called a ‘bench player’ because they begin the game by sitting on the bench and come off of it only when being inserted into the game.

It is almost impossible for any basketball team to win without contribution from the bench! Basketball requires a lot of energy from each player, so when the starting five eventually need a break, the bench players need to play at a high level so that their team can win. Bench players can easily shift the momentum of the game and scoring is a large piece of that. A basketball team is made up of more than 5 people!