Up And Under Basketball 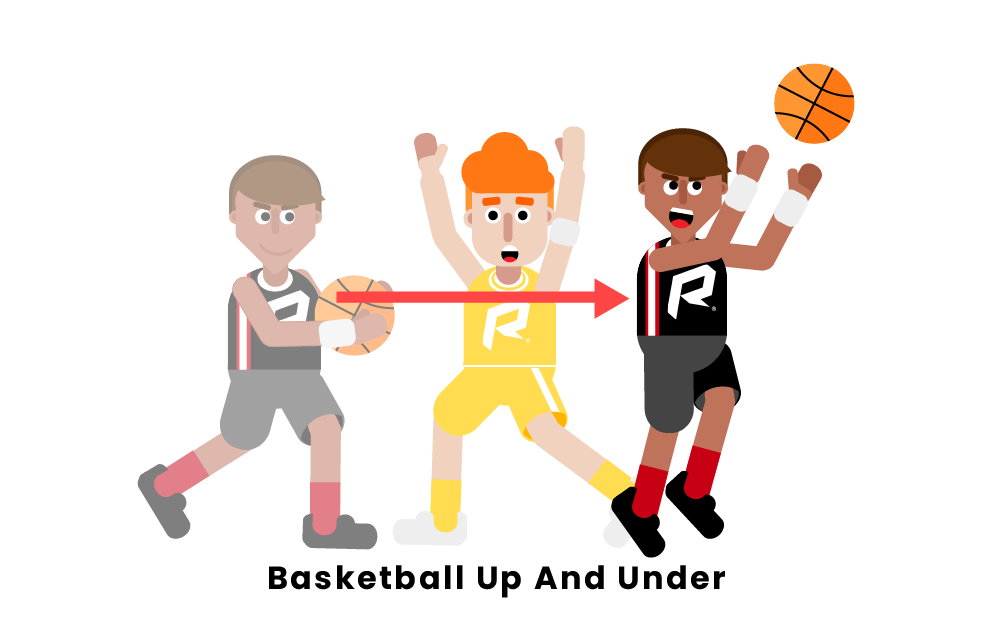 In basketball, an up and under move is used to make a defender jump so the offensive player can go underneath the defender and take an open shot. It consists of a pump fake and then a step through towards the basket. The up and under is particularly useful against players who jump often because they want to block shots.

Where To Use An Up And Under

The up and under move is primarily used by players in the low post with their back to the basket. Additionally, this move can be used by players looking for a shot further from the rim.

Up And Under Step By Step

For the purpose of these instructions, the offensive player will be positioned on the low post to the right of the basket. To perform the move on the left side, simply substitute “right foot” with “left foot” and vice versa.

When a player in the low post catches the ball with his back to the basket, he can turn to the center of the paint or to the baseline.

To spin toward the baseline, the offensive player turns in the opposite direction. This time, he pivots on his left foot, turning toward the baseline. Again, the player faces up, pump fakes, and takes another step in the same direction with his right foot before finishing with a layup.

Further From The Basket

The player using this move at a distance can take a big step under the defender so he can get close enough to the basket for a controlled shot. However, it can still be used further outside to create space for a leaner, also known as a leaning jump shot.

When performing an up and under, the player must keep his pivot foot on the floor through the entire move. If he/she does not, the player will be called for a travel.

Pages Related to Up And Under Basketball