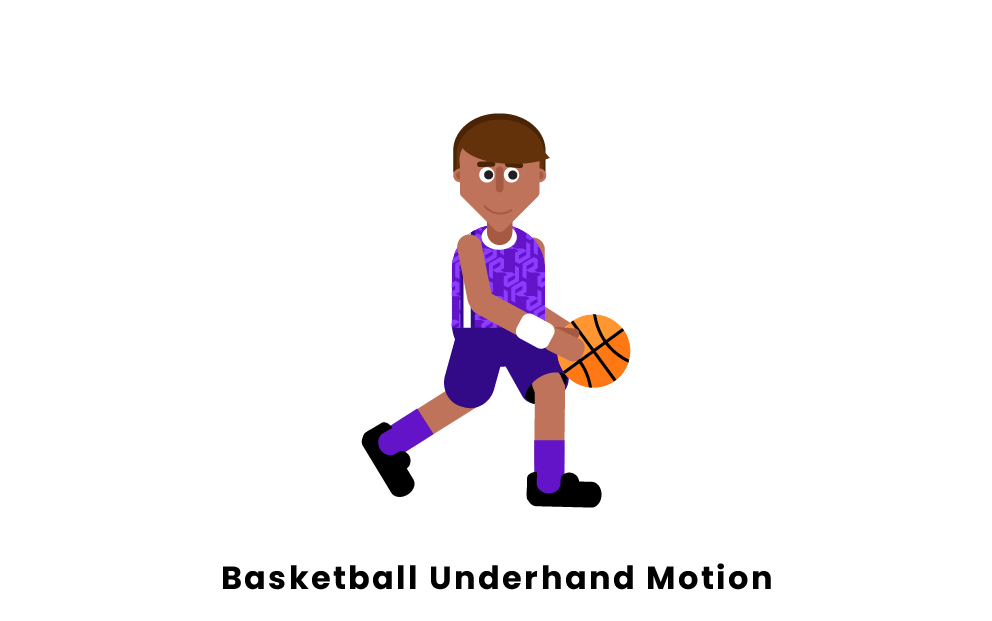 In basketball, an underhand motion refers to a type of shooting motion. Also referred to as "granny style," the motion involves the player shooting the ball from his waist with two hands. The underhanded motion is only practical when shooting free throws as there is no defense to block the shot.

To use an underhand motion, the shooter first grabs the ball with two hands, one on either side. The shooter bends his knees and then extends them as he raises both arms. Finally, the shooter lets go of the ball on the way up.

Good shooters limit the amount of motion in their shots. The issue with the one-handed, high-release shot form used by most players is the number of moving parts that go into it. The underhand shot motion limits the number of moving body parts necessary to get a shot off, making it much simpler. This allows the shooter to do a better job of recreating the same motion every time he steps to the foul line.

Because the underhand motion requires two hands to use, it also gives the shot more backspin. Backspin slows the ball down in the air and causes the ball to bounce more softly on the rim, giving it a better chance of going in the hoop.

Players Who Have Used It

Former ABA and NBA player Rick Barry is the most famous underhanded shooter to play the game. He made 90 percent of his foul shots during his career using the technique. Additionally, Wilt Chamberlain's best season in terms of free throw shooting percentage came when he used the underhand motion.

Both Barry's son, Canyon Barry, and Chinanu Onuaku are current G-League players who have used the underhand motion when shooting free throws.

Why It Is Scarcely Used

Despite its effectiveness, most players do not use the underhand motion. Many players feel it is embarrassing to use it and will often be mocked if they do. Many bad shooters do not feel as if the potential to improve their percentage at the foul line is worth compromising their reputation and how they look.