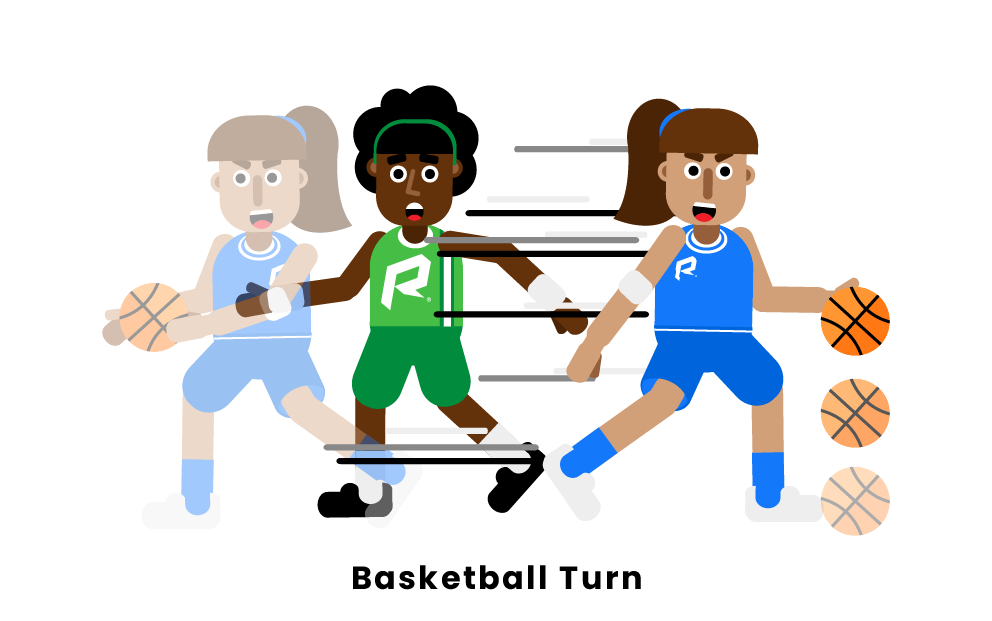 The Basics of the Turn And Go

A turn and go move in basketball would usually result from receiving a pass then spinning quickly towards the rim. This could also be enacted off of a dribble hand-off situation where the ball handler fakes a hand-off then quickly turns back to the rim going in for a drive. It is a simple offensive action that is used across all levels of basketball and results in good scoring chances on a very regular basis.

Offensive Options off of the Turn and Go

Upon receiving a pass while stationary, an offensive player can choose to use the turn and go to get to the rim. The first and best offensive chance would be a straight drive to the rim for an easy interior bucket. If this is stopped, the ball handler may pass out to the corner or wing for a perimeter shot or look for a cutting player opposite them inside. The final option would be to stop and take a stepback jump shot while driving towards the rim, creating the necessary space to get the shot off. All of these options come from the simple turn and go and could result in good scoring chances.

Defensive Counters to the Turn and Go

A defender will most likely be a step behind if a turn and go is used against them. This would mean a helping defender would step in the stop the drive meaning the ball handler's defender should fall back into the paint. Stopping the driving basket is key as well as staying home on the perimeter preventing any open shots off of a drive and kick pass. Forcing the ball handler away from the rim for a stepback or fadeaway shot would be considered a success as it would be the lowest percentage chance off of the turn and go.