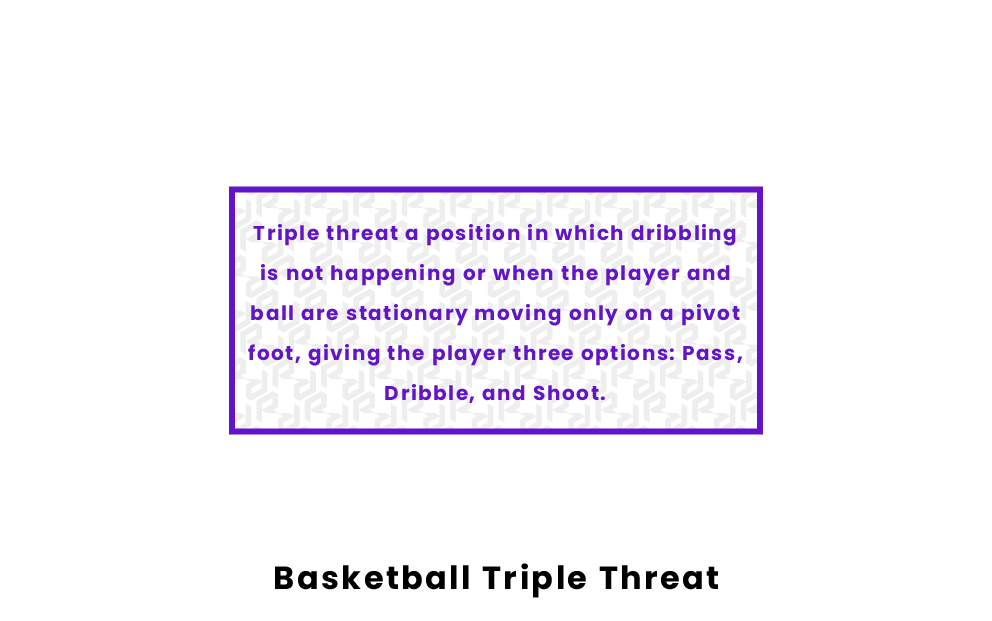 The Basics of the Triple Threat

The triple threat position in basketball is the most fundamental position for a ball handler. Triple threat a position in which dribbling is not happening or when the player and ball are stationary moving only on a pivot foot. This player can now decide what to do, including three options: Pass, Dribble, and Shoot. The ability to partake in the three options is where the name Triple Threat comes from.

Offensive Options from the Triple Threat

As previously noted the offensive individual in the triple threat position has three choices to pass, shoot, or dribble. This decision is usually based on the defense and what the ball handler is seeing in front of him. He may drive if he sees an opening in the defense and can get by the defenders nearest to him. He may shoot if he has a good scoring opportunity and the defense is far enough from him to get the shot off. Finally, he may pass if he sees an open offensive player behind the defense or on the perimeter. All of these choices stem from what the defense does and allows to happen at that given time.

Once an offensive player receives a pass and are in the triple threat position the primary defender needs to complete a couple of actions. They must move up onto their assignment closer preventing a shot from happening. Also, by staying in front and not overextending they can prevent a drive to the rim. Finally, by keeping their hands up and active passing are deterred as much as possible. Defense in this scenario is about limiting scoring opportunities and doing these things will do so well.