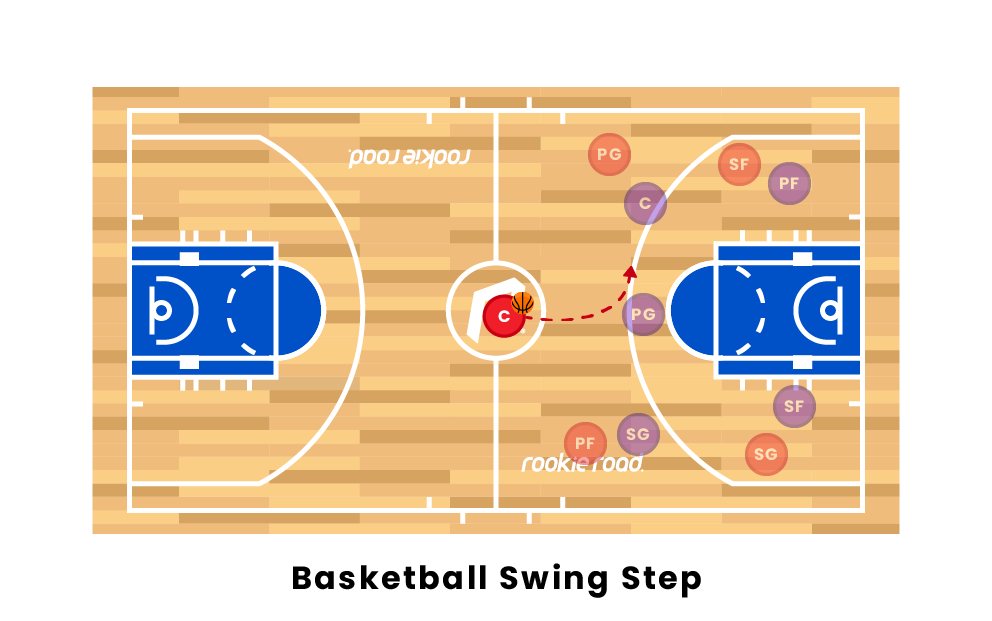 What is a Basketball Swing Step?

A swing step in basketball is a move used by a player on a drive to the basket. Similar to a Euro step, a swing step allows the ball handler to sidestep the defender and finish at the rim, usually with a layup or a floater.

The footwork of a swing step builds upon the fundamental footwork that precedes a regular layup. On a swing step, however, the first step after the dribble is bigger and helps the ball handler to change direction.

For the purposes of making these instructions more clear, these steps will refer to a swing step being used when approaching the defender on the right side of his body, which will generally happen on the right side of the court. To use the move on the left, simply replace “right” with “left” and vice versa.

The swing step starts with the ball handler getting low as he drives to the hoop. he takes one last dribble with his right hand and steps with his left foot simultaneously. As the player picks up his dribble, he takes a large, exaggerated step with his right foot across the body of the defender. After this step, the ball handler’s right foot and hip should be on the inside of the defender. The ball handler finishes by taking one more step with his left foot before finishing with a shot at the rim.

As with any drive to the basket, the ball handler needs to protect the ball from defenders. The best way to do this is to keep the ball as far away from the defense as possible.

An effective strategy for the ball handler is to bring the ball over his head while performing the swing step across the defender’s body. When swinging the ball overhead from the right side of the body to the left, the exaggerated step should turn into a slight hop as the player gets out of his initial low dribbling stance to stretch vertically and stand up. This will ensure the ball is as far from the defender’s grasp as possible.

The ball handler even has the option to bring the ball behind his back, transferring it from the right hand to the left hand in order to protect the ball.