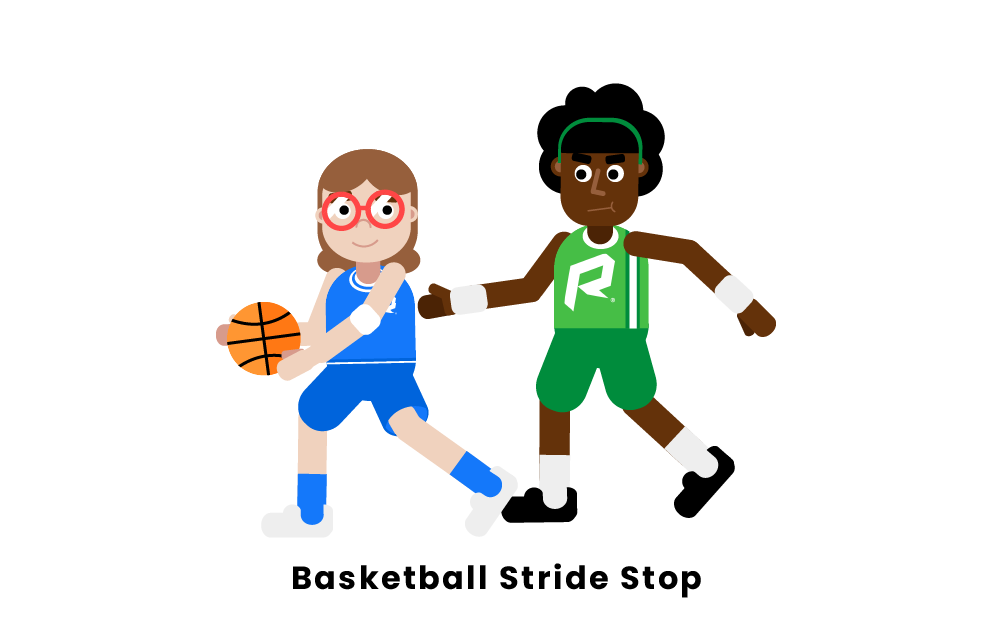 A stride stop in basketball is a move used when a player catches a pass or stops dribbling the ball, setting down his pivot foot. In a stride stop, the player receiving the pass or dribbling the ball will stop by landing on the ground with one foot before the other. Inevitably, the foot that lands first will be the player’s pivot foot. An alternative to the stride stop is the jump stop, where a player lands on the ground from catching a pass or dribbling the ball with both feet at the same time. Both the jump stop and the stride stop are very important, and a complete basketball players must know how to do, and when, to do both moves.

In the stride stop the player executes the same move as if he or she were running. That way the movement is more adequate for players when running and receiving a pass at the same time. The move also keeps the player’s momentum, making it easier for a pass to be made if necessary. That way, stride stops are very common in fast breaks and when players receive passes when cutting to the basket. It takes a little more body control to execute a stride step, so young players might have a hard time doing the move; nonetheless, it is important to teach it.

How to Do a Stride Stop

When jumping or running while dribbling, or to receive a pass, stop forward with one foot, stop, and then touch the second foot down next to the first foot, in a way to maintain balance. Your first foot on the ground will be your pivot foot, if you need to move around. When landing, make sure your feet are squared, and your knees bent, that way you can easily pull up for a shot or make a pass, depending on what the situation calls for.